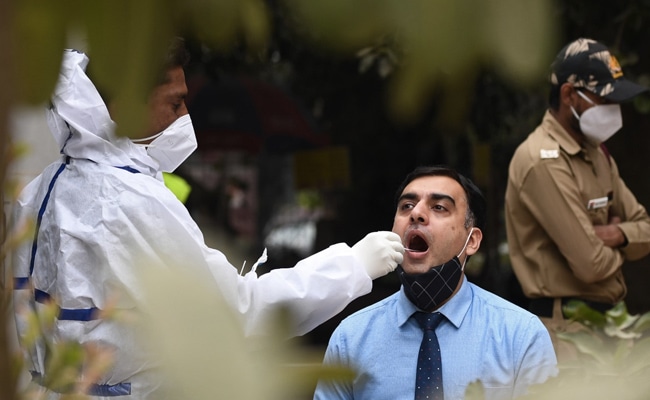 Nearly seven per cent of India's population aged ten and above was exposed to SARS-CoV-2, amounting to an estimated 74.3 million infections by August, with the seroprevalence being highest in urban slum areas followed by urban non-slum and rural areas, the findings of ICMR's second national serosurvey stated.

According to the findings which have appeared in the Lancet Global Health pre-print, the overall seroprevalence of below 10 per cent in India indicates that a large proportion of the population remains susceptible to novel coronavirus infection.

"The transmission of infection is expected to continue in most Indian states till the herd immunity threshold is achieved, either by natural infection or vaccination. While this threshold is unknown, most estimates place it above 50 per cent," the report said.

It stated that one in nine individuals who did not report any COVID-19-related symptoms in the past had the presence of SARS-CoV-2 IgG antibodies, indicating asymptomatic seroconversion among the general population in India.

"Our data supports the expansion of testing strategies to include individuals without having known exposure or symptoms. We found only 3 per cent of seropositive individuals reported COVID-19 symptoms highlighting the limitations of symptom directed testing and the importance of universal prevention methods," the report stated.

"Nearly one in 15 individuals aged ten years and above had SARS-CoV-2 infection by August 2020. The adult seroprevalence increased ten times between May and August 2020. Lower infection to case ratio in August compared to May reflects a substantial increase in testing across the country," the findings stated.

Also, 26–32 infections were reported per case diagnosed in August 2020 as against 82-131 in May 2020, when the first round of serosurvey was conducted, underlining the consequence of the growth of testing outpacing the growth of infections.

The seroprevalence was higher in slum areas of Mumbai (57·8 per cent) compared to non-slum areas (17·4 per cent).

While population density coupled with high mobility, and challenges in safe distancing and hand hygiene are the main drivers of spread of infection in urban areas, especially urban slums, the findings of the serosurvey also indicate substantial transmission among the rural population now, in contrast to the first round, the report stated.

"Transmission will increase further in these rural areas in the coming months, underscoring the need for implementing nonpharmaceutical interventions as well as strengthening healthcare facilities for the effective management of cases," it said.

Of the 29,082 individuals tested for the presence of IgG antibodies against SARS-CoV-2, 3,135 tested positive, with an unweighted seroprevalence of 10·8 per cent.

Of the 29,082 people (aged 10 and above) surveyed from August 17 to September 22, 6.6 per cent showed evidence of past exposure to COVID-19 while the seroprevalence among adults was 7·1 per cent.