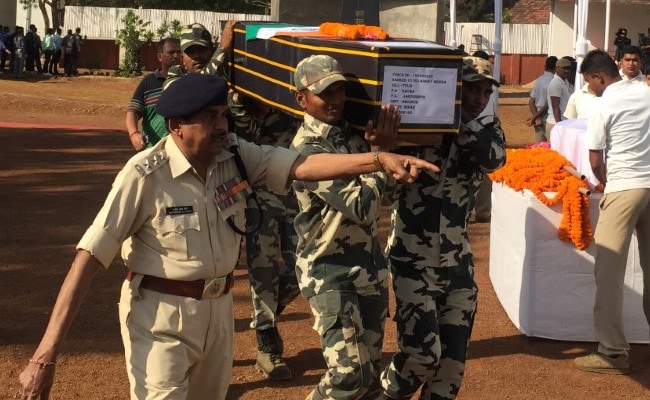 IAS officers will adopt families of the martyred soldiers of the Indian armed and paramilitary forces.

New Delhi: After cricketer Gautam Gambhir announced that his foundation will take care of all the education expenses of children of 25 CRPF personnel martyred in an attack by Maoists in Chhattisgarh's Sukma, the Indian Administrative Service (IAS) officers have decided to adopt the families of the martyred soldiers of the Indian armed and paramilitary forces. The All India IAS Officers' Association has also requested the state associations to follow suit.

The officers will not provide any direct financial assistance to the adopted family, but are expected to offer continuous support and ensure things go smooth and these families live with a sense of security.

Sanjay Bhoosreddy, secretary of the association, told NDTV, "We have requested central as well as state governments to issue necessary instructions in this regard to those concerned so that this arrangement gets institutionalised at the earliest."

The officers will oversee whether dues of the martyred soldier are being paid to the dependents by the organisation concerned and pursuing with them if there are any delays, Mr Bhoosreddy said.

Delay in payment or non-payment have always been a concern. The association has directed their colleagues to ensure that the support (both in cash and kind) pledged by the central and tate governments is being provided to the family.

They will make all possible efforts so that children of the martyred soldiers get good education and guidance so that they can pursue the careers of their choice based on their aptitude and talent.

The officers will also keep an eye on the various schemes run by the governments, such as Skill India, Start-up India, Digital India, etc which can benefit their adopted families. They will also see that the families are not subjected to any kind of harassment or exploitation. If any member of the family is not well or injured, the officers will ensure medical support both in private and government hospitals.

If the families need any assistance in starting their businesses, the officers will help them connect to the financial institutions.

Another office said, "The influence of the local administrative machinery can be positively channelised to support these families in an effective and sustained manner.

Promoted
Listen to the latest songs, only on JioSaavn.com
The proposal adopted at the meet says each member of the association should adopt a family from the state he belongs to, where he will be serving for a large part of his or her career.