IAF Bids Farewell To Its Last 'Swing-Wing' Fighter, The MiG-27

The last MiG-27 unit to operate the jet, Number 29 Squadron of the Indian Air Force, bid farewell to the jet in Jodhpur where seven aircraft participated in a flypast

The MiG-27 played an important role in the Kargil war

For 35 years, a curiously designed fighter-bomber has been at the forefront of the Indian Air Force's (IAF) attack fleet. The MiG-27, known to NATO as the 'Flogger' and to the IAF as 'Bahadur' flew its last sortie today.

The last MiG-27 unit to operate the jet, Number 29 Squadron, bid farewell to the jet in Jodhpur where seven aircraft participated in a flypast. The squadron itself is supposed to be 'number-plated' in March 2020 whereby it will cease to operate for the moment.

After being inducted, as many as 165 MiG-27s were assembled at Hindustan Aeronautics Limited (HAL) with a small number significantly upgraded jets entering service from 2006 onwards. It is these jets that will cease flying today. Older variants of the MiG-27, including the MiG-23 (which had an interceptor and ground attack variant) have already stopped operating in the IAF.

The MiG-27 played an important role in the Kargil war, strafing high-altitude targets on mountain sides in missions it was not optimally suited to carry out. The IAF also lost a MiG-27 during the war in 1999 when Flight Lieutenant K Nachiketa had to eject after his engine failed. He was captured by Pakistani forces, only to eventually be returned to India. 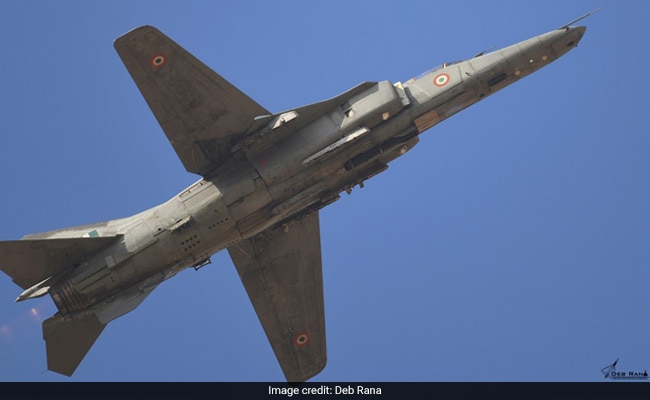 MiG-27: A defining feature of the jets was its wings which would be swept depending on the speed of the jet and the profile of the mission

The MiG-27 was at its best at low altitudes where it was an exceptionally stable platform to carry out gun, bomb and rocket attacks. The GsH-6-30 gun mounted on its fuselage remains the most powerful cannon ever installed on an IAF fighter, capable of spewing out a whopping 4000-6000 rounds per minute. "It was a 20-tonne flying tank that could outrun a Mirage 2000D in low level," says Squadron Leader Anshuman Mainkar (retired), an Indian Air Force MiG-27 veteran.

A defining feature of the jets was its wings which would be swept depending on the speed of the jet and the profile of the mission. The IAF no longer has any swing-wing fighters with the MiG-27 being retired today.

At the same time, the MiG-27 was relatively primitive compared to contemporary Western fighters during the eighties and nineties. The pilot had a relatively high workload inside the cockpit with minimal automation available. This required pilots to constantly look down into the cockpit to monitor engine parameters and navigation instruments while preparing for complex ground attack missions. 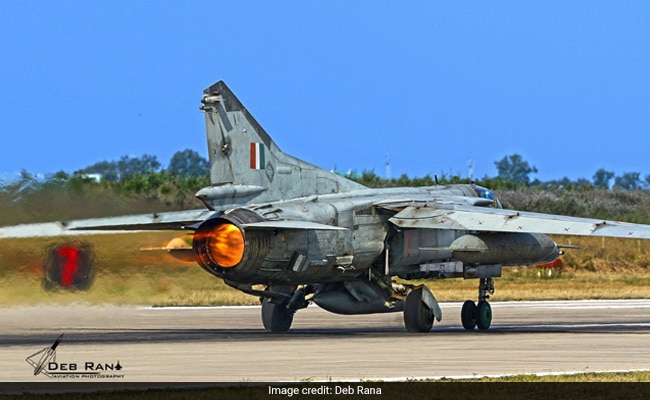 After being inducted, as many as 165 MiG-27s were assembled at Hindustan Aeronautics Limited (HAL)

The upgraded variant of the fighter was, however, a transformed platform altogether with relatively sophisticated attack and navigation systems allowing the pilot to carry out precise toss-bombing missions. The cockpit too was redesigned and featured modern multi-function displays to supplement Cold War era analogue dials and displays.

Alas, the MiG-27 was not the easiest fighter to fly and operate. Its exceptionally powerful Soviet designed Tumansky R-29 generated more thrust than early variants of the Pakistan Air Force's F-16 A/B fighters but did not allow carefree operations with pilots constantly aware of the dangers of the engine potentially stalling in certain flight regimes if it wasn't handled carefully.

In three decades plus of operations, at least a squadron's strength (18 aircraft) are thought to have been lost with several fatal injuries to pilots. Two MiG-27s have been lost in crashes this year alone.