"I Stopped Them From Abusing PM Modi": Priyanka Gandhi On Children Video

When the children use an abusive word for PM Modi, Congress leader Priyanka Gandhi is seen reacting with shock and then saying: "Not this one." 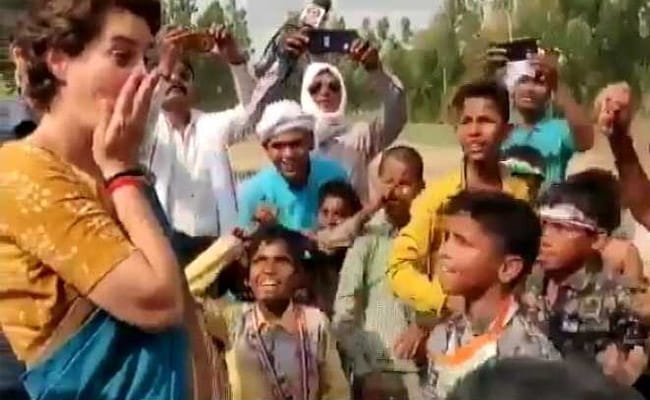 Attacked by BJP leaders over a viral video in which children are seen abusing Prime Minister Narendra Modi in front of her, Priyanka Gandhi Vadra accused her critics of "twisting the truth" by circulating an edited clip.

"I'm sorry but I stopped children from saying slogans which I thought were not correct about the Prime Minister," Priyanka Gandhi told NDTV.

In the video taken in Uttar Pradesh's Amethi, where she was campaigning for her brother Rahul Gandhi, Priyanka Gandhi is seen enjoying the performance of a group of children shouting "Chowkidar Chor Hai".

When the children use an abusive word for PM Modi, the Congress leader is seen reacting with shock and then saying: "Not this one. It is not nice. Be good children." The children then switch to: "Rahul Gandhi zindabad."

The last bit is not in the video that was posted in a tweet by Union Minister Smriti Irani, who remarked: "Uncouth to the core. Imagine the filthiest of abuses that a Prime Minister has to endure from people whose only claim to fame is a nose. Lutyens outrage anyone????"

Priyanka Gandhi said: "I stopped them. The BJP has edited the tape and made this allegation which is typical of them. Because they twist the truth. I speak the truth."

Smriti Irani doubled down on her attack today and said: "Doesn't Mrs Vadra know that you can't use children for political activity? What values are you giving to children? I'd say that cultured families should keep their children away from such a person."