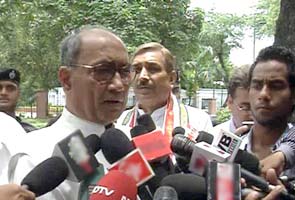 Bhopal: Senior Congress leader Digvijaya Singh said today he stood vindicated by Rashtriya Swayamsevak Sangh (RSS) chief Mohan Bhagwat's statement that the volunteers of his organisation had taken part in the recent anti-corruption agitations, including the one led by Gandhian Anna Hazare.

Addressing the RSS' annual Dussehra rally in Nagpur yesterday, Bhagwat had said activists of the Sangh fountainhead had taken part in the recent movements and agitations against corruption out of their social commitment.

Promoted
Listen to the latest songs, only on JioSaavn.com
Singh said he had all along maintained that the RSS was part of Hazare's agitation for a strong Lokpal Bill and his stand has been vindicated now.

The General Secretary said, on many occasions, he had to face strong criticism for making such statements, but now he has been proved correct.