I Am an Outsider to Delhi, Stresses PM Modi in His Speech 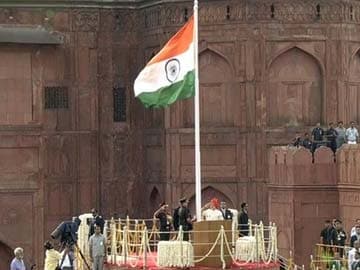 Speaking from the Red Fort, where, at his office's insistence, there was no bullet-proof shield at his podium, the PM, said, "I am an outsider to Delhi. I was far removed from the elite classes. But an outsider came to Delhi and got an insider's view." (For PM's Speech, No Bullet-Proof Glass is a Break from Tradition)

What he saw alarmed him, he said, in an unscripted speech.

"Even in one government there were different governments," he said,  describing an administration riddled with rivalries. (PM Modi's Top 10 Quotes)

"It was as if each had their own jagirs (fiefdom)."  He said government departments wanted to take each other to court.

Promoted
Listen to the latest songs, only on JioSaavn.com
However, Mr Modi ,who ran his campaign on a promise of  "minimum government, maximum governance", said he sees competence in every government employee and vowed to harness it to deliver efficient services to the people. (PM Modi's Independence Day Speech: Highlights)

Mr Modi -- who has ordered bureaucrats and ministers to think out-of-the-box, slash red tape and expunge corruption -- said he was disturbed that the issue of whether government officers report to work on time has made news headlines. His ministers have been told to conduct regular checks to ensure officers are punctual; late-comers are to be penalized. (PM on Rape Cases: Correct Sons, Don't Question Daughters)