Hyderabad Zoo Lions Have SARS-CoV2, Not Covid. No Risk To Humans: Centre

The virus detected in the lions is not of concern to humans, and there is no evidence of transmission from animals, the centre has stressed 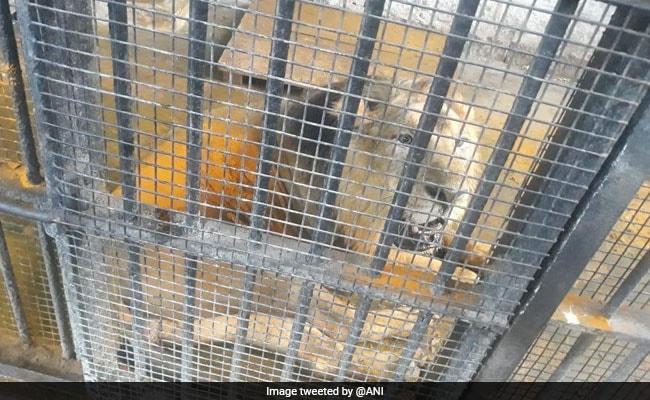 The SARS variants found in the Hyderabad lions are not of concern to humans, officials have said.

Eight Asiatic lions housed in the Hyderabad Zoo have been diagnosed with respiratory distress after contracting the SARS-CoV2 virus. All eight have been isolated and are responding well to treatment, the Forests and Environment Ministry said Tuesday.

The virus detected in the lions is not of concern to humans, and there is no evidence of transmission from animals, the centre added, as it urged media to remain cautious while reporting on the matter.

"On April 24, with an abundance of caution, Nehru Zoological Park in Hyderabad shared samples (collected from nose, throat, and respiratory tract, under anaesthesia) from eight Asiatic lions housed in the zoo that had showed signs of respiratory distress," the release said.

"Based on detailed diagnostic tests it has now been confirmed that the lions have tested positive for SARS-CoV2 virus," it added.

Further analyses revealed the infection was not due to any "variant of concern" to human beings.

The lions are behaving normally and eating well. Preventive measures are already in place for all staff, with the zoo being closed to minimise external contact, the centre explained.

The Central Zoo Authority has taken pre-emptive measures, and issued guidelines and advisories to zoos in light of the increasing number of SARS CoV-2 case.

"Based on experience with zoo animals elsewhere in the world that have experienced SARS-CoV2, there is no factual evidence animals can transmit the disease to humans," the CZA said.

"Media is therefore requested to exercise extreme caution while reporting..." it added.

Although the terms have become intertwined over the course of the pandemic, SARS-CoV2 refers to the virus that causes the COVID-19 disease.

There are a few documented cases of animals - large felines - contracting coronavirus. In April last year four tigers and three lions at a zoo in the United States tested positive. All of them recovered.

In December four lions at a zoo in Spain also tested positive, and they too recovered.