Sindhu, girl from Hyderabad requested Sushma Swaraj to help bring her mother back

New Delhi: The daughter of a woman from Hyderabad, who was allegedly trafficked by her employer, from Dubai to Muscat, has requested union external affairs minister, Sushma Swaraj, to help bring her mother home.
Sindhu, in her early 20s, has alleged that her mother was being tortured by her employers in Muscat. "I requested Sushma Swaraj, the Indian embassy and the Telangana government to rescue my mother," Sindhu told news agency ANI.

"My mother, fed up of harassment and torture, managed to escape from the hotel to a church in Muscat and on January 4, she was able to reach out to the Indian embassy, where she is staying now but is unable to come back as her passport is with the employers at the hotel," she alleged.

Last year, an agent had approached her mother and offered her the job of a sales girl in Dubai, Sindhu claimed. On October 11, her mother reportedly went to Dubai and stayed there for a month.

Sometime in November, Sindhu's mother was moved to Muscat where she was taken to a hotel and she was offered a salary of Rs 15,000 per month. She said her mother was forced to dance at a bar and if she refused she was badly beaten up. 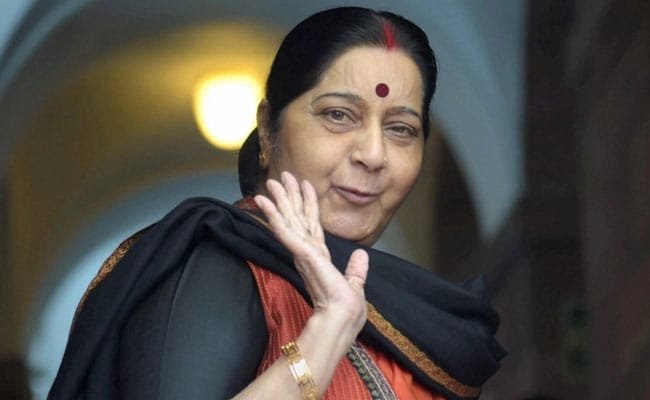 Earlier in January, again a woman from Hyderabad, who was stuck in Saudi Arabia, was able to come back after Mrs Swaraj intervened. Her daughter had thanked the minister for the support. The woman had gone to Saudi Arabia for a job where she was sexually assaulted. With the help of Indian embassy and the Hyderabad police, she was back in India on January 25.