The court fixed the terms of reference for the commission headed by former Supreme Court judge VS Sirpurkar. 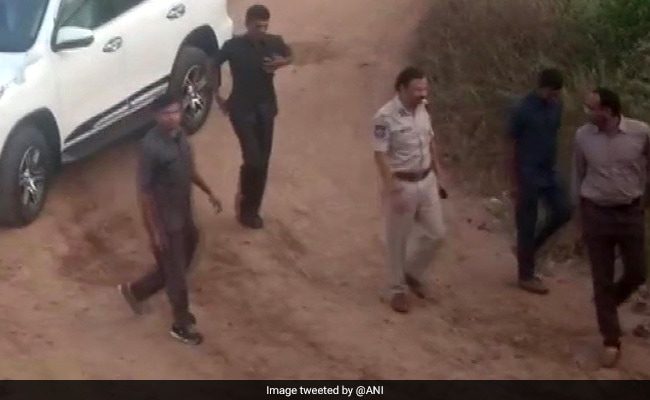 The committe will inquire the alleged encounter killing of the four accused in the gang-rape and murder.

The Supreme Court has defined the power and duties of a three-member commission headed by a former Supreme Court judge set up to inquire into the alleged encounter killing of the four accused in the gang-rape and murder case of a woman veterinarian in Hyderabad.

Fixing the terms of reference for the commission headed by former SC judge VS Sirpurkar, the court said the panel would go into the circumstances that led to the death of the four accused and ascertain if any offence has been committed in the course.

A bench of Chief Justice SA Bobde, Justice BR Gavai and Justice Surya Kant said if any offence appears to have been committed in the course, the responsibility of erring officials will be fixed.

"To inquire into the alleged incident resulting in the death of four persons on December 6, 2019 in Hyderabad, namely, Mohammed Arif, Chintakunta Chennakeshavulu, Jolu Shiva and Jollu Naveen, who were arrested in connection with the rape and murder of a young veterinary lady doctor, while they were in the custody of police," the bench said in its first term of reference.

In the second term of reference for the commission, the court said it would "inquire into the circumstances that led to the death of afore-mentioned four persons and to ascertain as to whether any offence appears to have been committed in the course. If yes, to fix the responsibility of erring officials".

The order of the court was uploaded on the top court website recently.

The top court also fixed the remuneration for the commission.

The chairman will be paid Rs 1.5 lakh per sitting and the members Rs 1 lakh, it said.

The commission, which also included former Bombay High Court judge Rekha Sondur Baldota and ex-CBI director D R Karthikeyan, will submit its report to the Supreme Court in six months from the first day of hearing.

The court had ordered that the three-member commission will be provided security cover by the Central Reserve Police Force (CRPF).

The commission shall have all the power under the Commission of Inquiry Act for conducting inquiry.

It had said that the panel will sit at Hyderabad and all the expenses including for the secretarial staff would be borne by the Telangana government.

Further, the state will render all assistance required by the commission.

Two petitions were filed in the Supreme Court, one by lawyers G S Mani and Pradeep Kumar Yadav, and the other by advocate M L Sharma, seeking independent investigation against the police officers involved in the encounter killing.

The PILs claimed the alleged encounter was "fake" and an FIR should be lodged against the police officers involved.