A lawmaker of the ruling BJP in Uttar Pradesh has drawn severe criticism for her shocking comments targeting Bahujan Samaj Party chief Mayawati, who among other things, she said, "was a blot on womankind" having sold her "dignity for power".

After daylong rap from various opposition leaders, Sadhana Singh issued a terse apology. But by then, the BSP had filed a complaint with the police and the women's commission had pulled her up, saying they would officially demand an explanation.

"She (Mayawati) has no self-respect... she was almost molested earlier and yet... in history, when Draupadi was molested, she took a vow to seek revenge... but this woman, she lost everything, but still sold her dignity for the sake of power. We strongly condemn Mayawati ji. She is a blot on womankind. A woman who gulped insults for comfort and power... is a blot on womankind," Sadhana Singh, the legislator from Mughalsarai, said at a rally on Saturday.

The comments were an apparent reference to the infamous episode when Ms Mayawati was assaulted by Samajwadi Party workers at a guest house in Lucknow in 1995 that triggered decades of animosity between the two parties. The leaders buried the hatchet last year, and joined hands earlier this month to beat the BJP in the national elections. 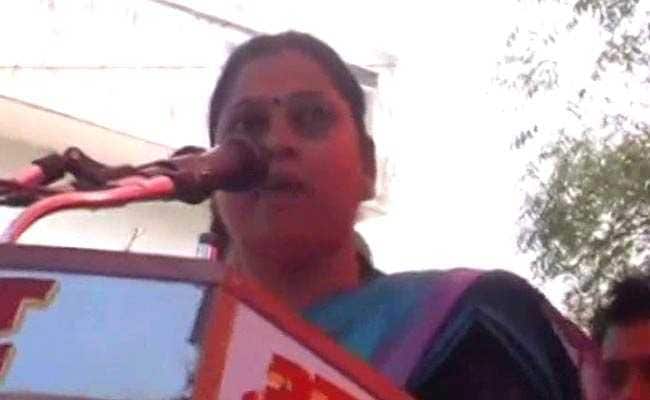 Akhilesh Yadav strongly condemned BJP lawmaker Sadhana Singh's remarks, saying it was an "insult to the women of the country"

But days after the alliance was announced, Prime Minister Narendra Modi taunted her for "forgetting" the guest house episode while allying with the Samajwadi Party.

Sadhana Singh's unsavoury comments drew a sharp reaction from Mayawati's party, which said the language reflected the party's "frustration with the SP-BSP alliance". "They have lost their mental balance in fear of losing the election in Uttar Pradesh," said the BSP's Satish Chandra Mishra.

"I had no such intention to hurt anyone.... I regret what I said. I just shared a woman's pain, and didn't want to insult anyone," Ms Singh said in a statement.

"Mayawati is an ideal women in politics. Women takes inspiration from her. She has humiliated women by forming an alliance with the Samajwadi Party," she told news agency ANI.

Akhilesh Yadav, who had declared that "insulting Mayawati ji is like insulting me" shortly after formalising their alliance, strongly condemned the lawmaker's remarks. "The objectionable and filthy terms that have been used by the BJP MLA from Mughalsarai against Mayawati ji are deplorable. They are a sign of BJP's moral bankruptcy and frustration. It is also insulting for the women of this country," he said. 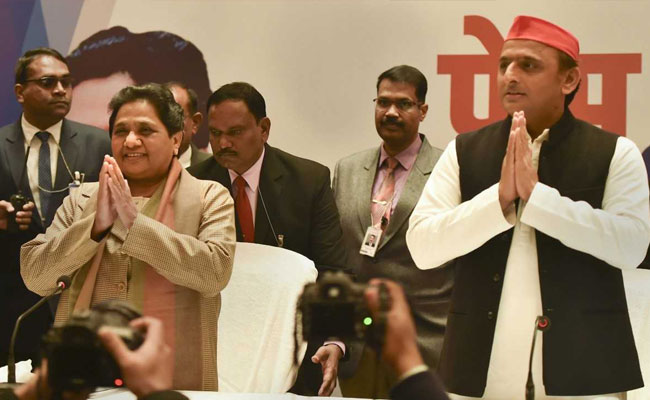 The Congress, cold-shouldered by Mayawati and Akhilesh Yadav for the alliance in UP, described the lawmaker's comments as "disturbing".

"One may have differences on issues and ideas but it is disturbing: That this lady represents the ruling party in UP-BJP (not surprising) -To hear a lady speak in such a derogatory way about another lady -To see people in the audience cheering such words," Congress spokesperson Priyanka Chaturvedi tweeted.

Taking note of the objectionable remarks, the National Commission for Women said it will send a notice to the BJP lawmaker tomorrow.

This is not the first time that a BJP leader has made objectionable remarks against Mayawati. In 2016, a senior UP BJP leader Dayashankar Singh was expelled for using "filthy language" against Mayawati. His wife Swati Singh, who defended him at that time, is now a minister in the Yogi Adityanath-led BJP government in the state.