PM Modi assured government's support to the film industry with a number of measures including a university for film and entertainment and amending piracy laws. 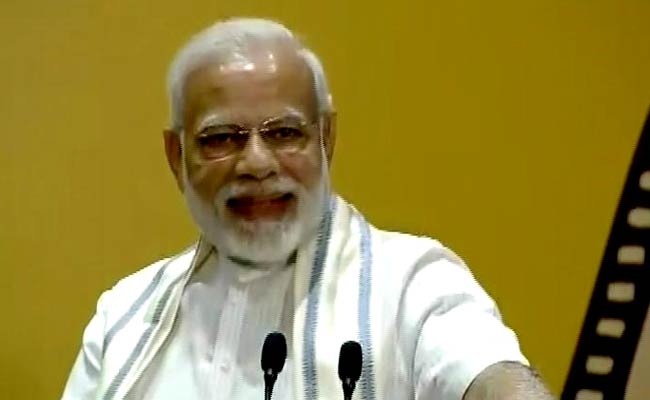 PM Modi's dialogue from war-film 'Uri' drew laughter and applause from the audience.

On Saturday, Prime Minister Narendra Modi inaugurated the National Museum of Indian Cinema in Mumbai. At the gathering attended by film personalities, the prime minister made a reference to recently-released war-film 'Uri' as he asked the audiences, "How's the josh?", drawing laughter and applause. In response, the audience replied "High Sir". 'Uri' is based on the surgical strikes carried out by the Indian forces in Pakistan in 2016. The film also has a character based on PM Modi.

Yami Gautam and Vicky Kaushal, who are part of the film, took to twitter to express their happiness.

He also assured government's support to the film industry with a number of measures including a university for film and entertainment and amending piracy laws.

Aamir Khan said it was prime minister speech was very “encouraging”. "It was really wonderful to hear honourable Prime Minister; he spoke in such a positive way about the industry. His expectation, his vision, and his thoughts about the creative field and people involved in this were good. It''s really encouraging to hear that," the actor was quoted by news agency ANI.

Director and producer Karan Johar said that the prime minister's speech was full of hope. "His speech was exceptionally inspiring. It was full of hope for Indian film fraternity. The fact is that he addressed the impact of Indian cinema and how it travels. He even said that we should create a platform like Davos in India itself that is a one-stop shop for business, entertainment and everything. He was laced with a great sense of humour," he said.