On Sunday, the White House had confirmed that the US President will be making a joint appearance with PM Modi at the Houston event. 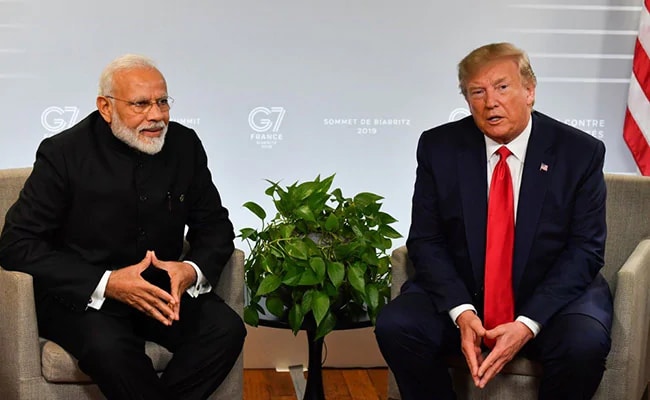 US President Donald Trump will make an appearance at the "Howdy, Modi" event in Texas.

US Acting Assistant Secretary for South and Central Asia Alice Wells said on Tuesday said that President Donald Trump's decision to join Prime Minister Narendra Modi for the ''Howdy, Modi'' event in Texas is a "historic tribute" to contributions of Indian-American community.

"@POTUS joining @NarendraModi for the #HowdyModi event in Houston is a truly historic tribute to the contributions of the Indian-American community to the prosperity of our country and the strength of US-India relations. AGW," Ms Wells said in a tweet

Earlier on Sunday, the White House had confirmed that the US President will be making a joint appearance with PM Modi at the Houston event.

The mega event is believed to be one of the largest events to welcome a foreign head of government ever in the history of the United States.

It will mark the first time that the two leaders would meet outside Washington DC or New York.

Over 50,000 people have already been registered for the event, which will be hosted by the Texas India Forum.