How the Government Was Punked. An Expose that Really Wasn't. 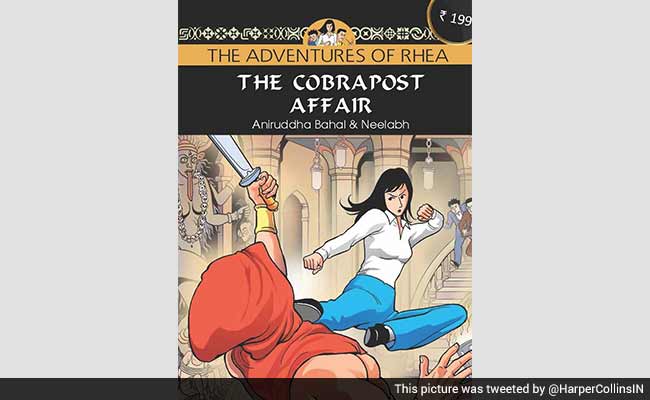 The cover of the comic book released by Cobrapost today

Government officials were in a spin on Monday afternoon. A web portal which has in the past conducted sting operations, had announced a press conference the next day promising a big expose.

The flier it sent out hinted at an international terror network operating out of Delhi, rogue intelligence officials, an Afghan minister laundering money through India, covert operations of the CIA and the US Delta Force on Indian soil. And the Prime Minister's Office being kept in the dark.

On Tuesday, the portal, Cobrapost, unveiled all of that. In a well-produced comic book.

It had used its reputation as an investigative portal of sorts to take the Mickey out of the media and the government. Here is an account of what happened in the government on Monday.

Early afternoon, Ministry of Home Affairs: Reporters rushed into a senior bureaucrat's room, flier in hand. After a quick examination, the official made a call to the Intelligence Bureau: "Have you guys any idea what this is all about?"

"No idea, we are checking," was the answer. The IB's apparent lack of knowledge only increased the suspense. Officials also called the editor of the web portal; he was tight-lipped.

Late afternoon, at the Ministry again: The mystery had deepened. Calls flew from one end of the government to the other. The flier had found its way to the table of the Director of the Intelligence Bureau. A taciturn, diminutive man with grey hair who has spent many hours in his long career finding a way out of intractable situations as he matches disparate pieces of information, the DIB wasn't amused. The matter was referred to the super secretive counter-intelligence wing.

"Can they figure out anything?" The answer, apparently not.

A check with the Ministry of Defence revealed that India's special forces do exercise with the US Delta Force but it is never advertised or talked about. Could it have been a rogue operation?

Early Evening, the Home Ministry: Officials, unable to fathom what could hit the Government the next morning, informed the Union Home Secretary - the second most powerful bureaucrat in the country. Soon it would reach the Home Minister's office.

Promoted
Listen to the latest songs, only on JioSaavn.com
Simultaneously, phones were constantly ringing at the Research and Analysis Wing (RA&W) Headquarters, housed in a white 10-storey building in a secluded location in south Delhi. "Who could the Afghan Minister be?" It sounded far-fetched, but the chief, the Secretary RA&W was nonetheless informed.

A call made this morning - after the comic book was released - to a senior official was not answered. But a text message soon arrived - a smiley and a cuss word.