How Temple In Varanasi Is Key To PM, Mayawati, Arvind Kejriwal's Strategy

It's a 1200-kilometre pilgrimage for Ravidasis who, with their 13.1 per cent population, dominate the Dalit discourse in Punjab politics 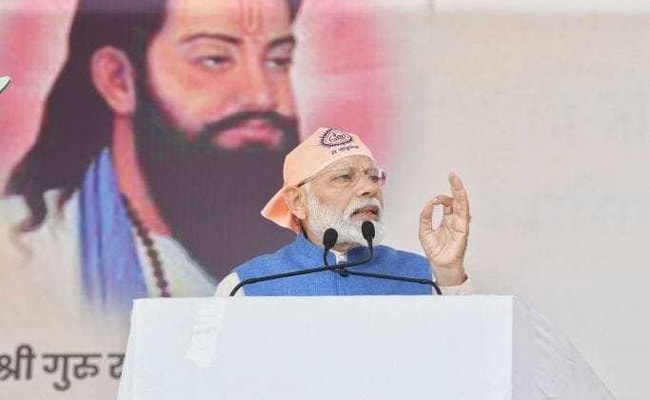 Every year, a village in Uttar Pradesh's Varanasi draws thousands of "Ravidasis", followers of the "Ravidassia Dharam", established just nine years ago. Seer Goverdhanpur, a village just outside the iconic Banaras Hindu University campus, transforms into a mini-Punjab of Ravidasi Dalits.

Seer Goverdhanpur is the birthplace of Sant Ravidas, an iconic social reformer and spiritual leader born in the 14th century. Hundreds of years later, he remains a powerful and influential icon for Dalits.

The Ravidassia temple in Seer Govardhanpur, built in 1965, has a white facade and a golden dome, like a gurdwara. The Ravidasis even have their own religious scripture called "Amritbani Guru Ravidass Ji" a collection of hymns of Sant Ravidas. The major difference from a gurdwara is the ornate idol of Sant Ravidas.

For two days, the village teems with shops selling Sant Ravidas and Ambedkar merchandise, and interestingly, books on BSP leader Mayawati and her mentor Kanshi Ram and the Dalit political movement. The temple and its powerful deity have held sway over Ravidasi Dalits for decades.

It's a 1200-kilometre pilgrimage for Ravidasis who, with their 13.1 per cent population, dominate the Dalit discourse in Punjab politics. 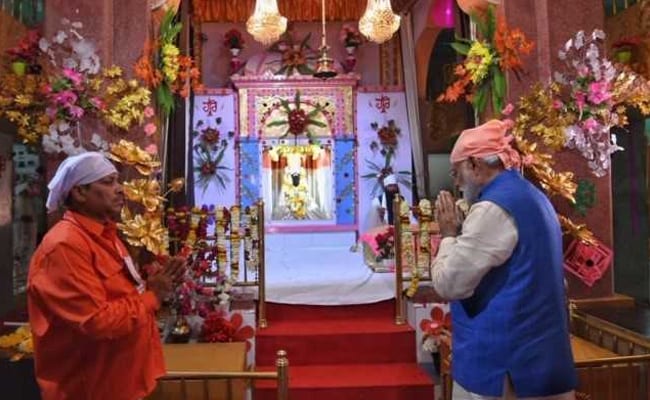 The guest of honour this year was Prime Minister Narendra Modi, who represents Varanasi in parliament. PM Modi is the only Prime Minister to have visited the shrine. In fact, twice in his tenure.

His latest visit was timed to Sant Ravidas's birth anniversary on February 19. As a gift for his followers from Punjab, PM Modi pledged a Rs 50-crore project to build a pilgrim-friendly temple complex and install a statue of Sant Ravidas.

The BJP says the visit was strictly driven by the PM Modi's devotion for Sant Ravidas. But it had a distinct political dimension. "We have to recognise the selfishness in those who have made caste their bread-and-butter to further their own political interests," said the Prime Minister in a speech at Seer Govardhanpur, apparently targeting rivals like Mayawati.

The grand two-hour event was curated by his minister Vijay Sampla, who also belongs to the Ravidasi community. Mr Sampla, a first-time MP from Hoshiarpur in Punjab, was made a junior minister in the Modi cabinet and has the social justice portfolio. Once a plumber in the Middle East, he rose within the ranks and to become the BJP's Dalit face in Punjab. Mr Sampla says the event will have "an enormous impact on the Dalits in Punjab, because the state has the largest percentage population of Dalits in the country and most of them are Ravidasis." 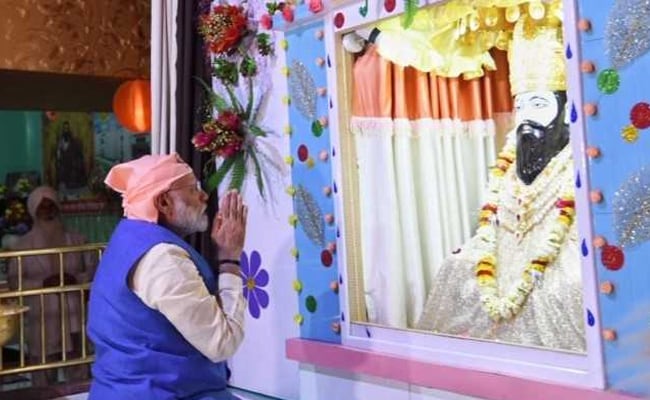 As political formations firm up before the Lok sabha elections, parties are now beginning to experiment with what they hope will be winning caste combinations

Punjab has four reserved seats and more than a third of the state's population are Dalits. One of the seats, Jalandhar, is with the Congress. The BJP's Vijay Sampla has Hoshiarpur and AAP has the Fatehgarh Saheb and Faridkot seats. Faridkot was earlier held by the Akali Dal - a BJP ally - but AAP beat the Akalis in 2014. The districts of Shaheed Bhagat Singh Nagar, Shri Mukhtasar Sahib, Firozpur, Moga, Hoshiarpur, Kapurthala, Taran Taran, Mansa, Bhatinda and Barnala have more than 30 per cent Dalits, predominately the Ravidasis and Valmikis. Most of them fall in the Doaba region, the hub of Dalit politics in Punjab.

Despite crashing in the 2017 Punjab polls, the BJP and its ally Akali were runners-up in 62 of the state's 117 seats. Sixteen of these were in Doaba, which has 23 assembly seats. Many of these are losses with small margins that can be tackled.

As political formations firm up before the Lok sabha elections, parties are now beginning to experiment with what they hope will be winning caste combinations. Facing a formidable challenge against the Mayawati-Akhilesh Yadav alliance in Uttar Pradesh, the BJP is busy stitching up a constellation of castes and sub-castes beyond the borders of UP in the hope of securing smaller pan-Indian victories to secure its dominance.

A resurgent Mayawati exuding the vibes of a political comeback is promising news for Dalits who, despite being 20 per cent of the country's population, are seen to be feeling increasingly isolated and under-represented in mainstream politics. 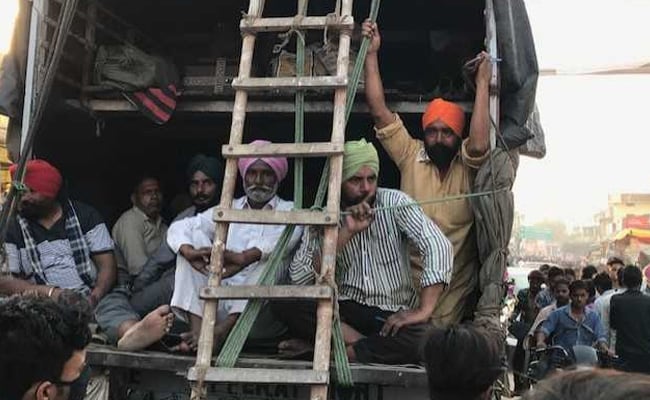 But this gesture by the Prime Minister alone may not bring about an instant change of heart for the Ravidasi Dalits.

PM Modi is not the first politician to spot political potential in the Ravidasi community. Mayawati has courted them in the past but has failed to harness them politically. The BSP's vote share, once an impressive 12 per cent in Punjab, dropped to an insignificant 1.52 per cent in the 2017 state election.

Arvind Kejriwal's AAP, which leads the opposition in Punjab, has also courted the Ravidasis in the run-up to the Punjab election. Mr Kejriwal made an appearance at the temple in Varanasi in 2016 while he was prepping his party for its first state polls in Punjab.

A faction-ridden Punjab unit of AAP is now looking for new like-minded parties to arrest its rapid political decline. AAP's Leader of Opposition in Punjab Harpal Singh Cheema, a prominent Dalit politician, claims the party is in early stages of talks with Mayawati's BSP for a tie-up in Punjab.

A confident Mr Cheema says, "We haven't started the first round of talks and haven't reached the stage of discussing seats." The BSP, usually tightlipped about such negotiations, didn't confirm AAP's claim. The optics of AAP and BSP coming together could resonate positively with Punjab's Dalit voters who have been a fragmented votebank.

The political behaviour of Ravidasi Dalits has been largely steered by influential Deras (sects) like Dera Ballan Sachkhand that also controls the Ravidas temple in Varanasi. In election season, Deras are frequented by political leaders because Ravidasi Dalits turn to the Dera leadership for both religious and political guidance. It is in this context that the Prime Minister's latest visit to the birthplace of Sant Ravidas becomes crucial. 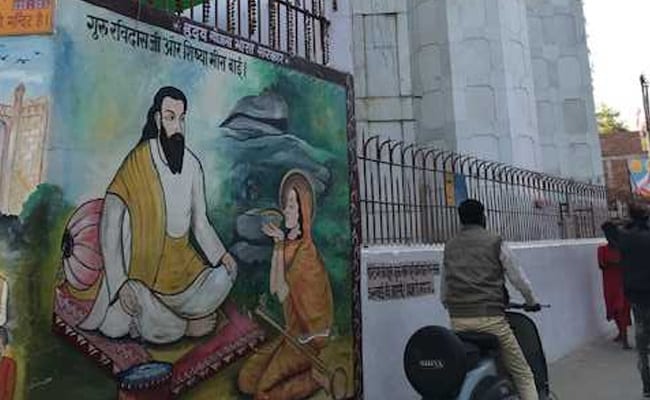 According to social historian and cultural anthropologist Badri Narayan Tiwari, who has keenly observed the political behaviour of the Dalit community, particularly in north India, the BJP has nothing to lose in this political experiment. "It may not transform into Ravidasi votes in a big way but it will make the community softer towards you. And that softness will provide a space to enter into the community," Mr Tiwari said. Softness from the Dalit community is in short supply for the BJP. With the events of Koregaon Bheema and incidents of atrocities against Dalits, the BJP could use some positive imagery to soften the blow in 2019.

But this gesture by the Prime Minister alone may not bring about an instant change of heart for the Ravidasi Dalits.

30-Year-old Amardeep Singh from Jalandhar is on her first ever pilgrimage to Varanasi. She missed the high-profile PM event but feels that the BJP is chasing the Ravidasi votebank. "Promising to make statues is not enough. What have they done for us? They have come here to use religion to connect with us. If we like Modi ji and his work then we will vote for him in Punjab. But his coming to the temple in Varanasi will not make us vote for him." 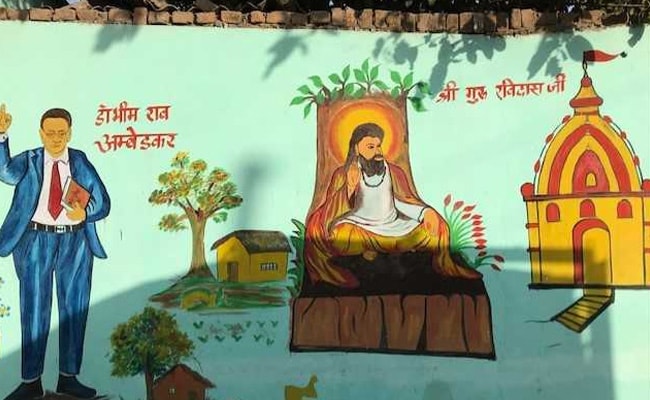 Pilgrims reveal how Ravidasis still lack a unifying political identity. The books of Mayawati and Kanshi Ram were the only political literature being sold at the festival

Pilgrims reveal how Ravidasis still lack a unifying political identity. The books of Mayawati and Kanshi Ram were the only political literature being sold at the festival. Ramavatar, a bookseller, says, "Since Mayawati and Kanshi Ram are from their community, so people buy these books. Today there is Behen Ji (Mayawati) but tomorrow there will be some other Ji. The community has to move forward."

The Ravidasis are significantly more prosperous and economically emancipated compared to their caste cousins - the Chamars in Uttar Pradesh - and many migrated to Europe, North America and the Middle East. 65-year-old Kuldeep Parmar, who worked all his life in shoemaking and mending, says he educated his children and made them doctors. "It's happened with sheer hard work and Baba Ji's blessings. Not because of Modi". Not impressed with the PM's promise, Mr Parmar says, "These people are bad. They don't deliver on their promises". And Behen ji, he says, is "very good and will become PM someday".

Lalchand from Mukhtasar Sahib in Punjab has been a regular at the festival for more than a decade. He has witnessed it grow from a pilgrimage of thousands to a gathering of lakhs of devotees. He recalls how in April last year, the Dalit Bharat Bandh against the dilution of the SC/ST (Scheduled Castes and Scheduled Tribes) Act by the Supreme court led to caste clashes and deaths of Dalits in Madhya Pradesh and UP. "This 50-crore announcement changes nothing. We neither have expectations from Modi or Yogi (Chief Minister Yogi Adityanath). We are with the BSP that furthers Baba Saheb Ambedkar's mission." 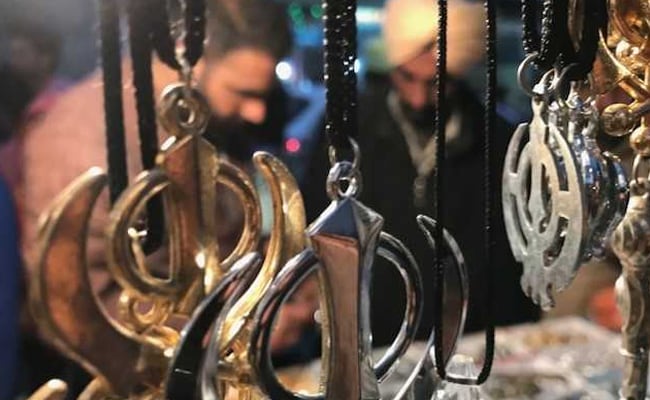 The temple and its powerful deity have held sway over Ravidasi Dalits for decades.

Chavan Lal, 53, is from Jalandhar. He believes that the political attention is good and will only bring benefits for Dalits. "It's good that the government makes a park, accommodation for pilgrims and other amenities. If politics brings development then that's good. The Qaum (community) will like this. Back in Punjab, we will support the Akalis and the BJP," he says.

Behind the temple is a Dalit basti or settlement. Development for Dalits from Punjab could mean displacement for the local Dalits. 20-year-old Ashish Kumar, a house painter, fears that their homes will be demolished and they will be displaced for the temple complex and its surroundings. "They want to remove the entire basti. We won't leave our land. We will vote for Mayawati and the Gathbandhan."

Ramesh Kumar, 38, explains that a third of the population in the village are Dalits. He says "Behen ji's" return is necessary to restore respect for Dalits. Kumar, a committed cadre of Mayawati's BSP, claims that Dalits like him didn't benefit from the welfare schemes of the government and GST (Goods and Services Tax) made them poorer. He even doubts EVMs or Electronic Voting Machines and says, "I will only vote if they use paper ballots."

Dalits are perhaps one of the most sought-after caste constituencies across India. For now, PM Modi's experiment seems like a shortsighted strategy. How effectively it will be leveraged by the BJP in Punjab will be a factor in its gains and losses in elections 2019.