Gautam Adani added about $25 billion to his wealth since the Ukraine war started, according to the Bloomberg Billionaires Index. Mukesh Ambani's fortune swelled by almost $8 billion. 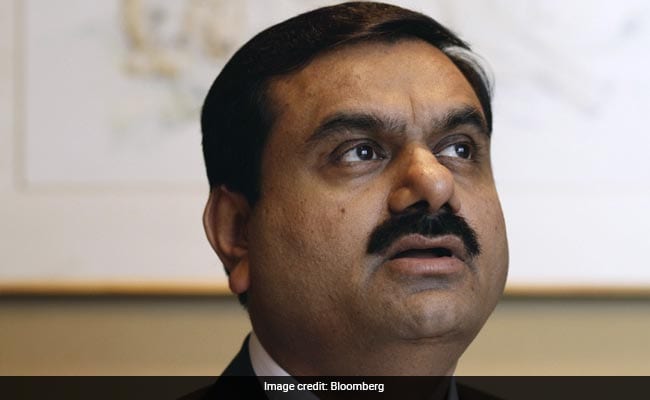 For first-generation entrepreneur Gautam Adani, coal is central to his empire. (File)

Gautam Adani and Mukesh Ambani are profiting from a surge in global commodity prices triggered by Russia's invasion of Ukraine, burnishing their fossil-fuel credentials even as Asia's richest men publicly push their pivots toward greener energy.

With coal prices skyrocketing to a record, Mr Adani's conglomerate is expanding a controversial mine in Australia to meet demand. Mr Ambani's Reliance Industries Ltd. is snapping up distressed crude-oil cargoes at discounts to feed its refining complex, the biggest in the world. Reliance even deferred a scheduled maintenance of the facility to help churn out more diesel and gasoline, whose margins have shot up to touch a three-year high.

The two Indian tycoons are stepping in at a time when many developed countries are scrambling for alternative sources of fuels as they try to back away from Russian supplies. This month, the Group of Seven most-industrialized nations pledged to ban imports of Russian oil. The disruption has also brought the focus back on the need for more coal, the dirtiest fossil the world has vowed to phase out to cut emissions.

Though Mr Adani, 59, and Mr Ambani, 65, have unveiled a combined $142 billion in green investments over the next few decades in a pivot away from coal and oil -- the bedrock of their empires -- they are also finding it hard to kick the fossil-fuel habit as the conflict stokes demand. Global coal demand is expected to rise to a record level in 2022 and stay there through 2024, according to the International Energy Agency.

"The collateral damage is that fossil fuels will continue to play a vital role the next 20 years or more," he said, adding that it was sufficient time to reap benefits from carbon-based investments.

Bullishness in coal prices helped flagship firm Adani Enterprises Ltd. clock a 30% jump in profit for the three months ended March -- the highest in six quarters -- while surging prices of petroleum products aided Reliance, which posted one of its biggest quarterly profits ever.

Shares of both Reliance and Adani Enterprises had soared 19% and 42% respectively between Feb. 24, when the invasion began, and end of April, before a global stock rout wiped out some of those gains. Mr Adani has added about $25 billion to his wealth since the war started, taking his net worth to almost $106 billion, according to the Bloomberg Billionaires Index. Mr Ambani's fortune swelled by almost $8 billion to $92.4 billion.

It isn't just these two Indian billionaires benefiting from the commodities surge. Others include US oil and gas tycoons Harold Hamm, Richard Kinder and Michael S. Smith, and Indonesia's Low Tuck Kwong, the boss of coal mining company PT Bayan Resources, who have all seen their wealth increase this year.

Almost 60% of Reliance's revenue comes from oil-refining and petrochemicals, the mainstay business founded by Mr Ambani's late father. Since inheriting it in 2002, Mr Ambani has been reducing the conglomerate's dependence on oil-refining by diversifying into retail, telecommunications and technology.

India has bought millions of barrels of Urals crude in the spot market since the end of February, according to data compiled by Bloomberg. While flows of Russian oil into India aren't sanctioned, the South Asian country has repeatedly said that those shipments are minuscule compared to Europe's purchases and represent a tiny fraction of the country's total consumption. They also provide some relief at a time when inflationary pressures are increasing. India's consumer prices rose the most in eight years in April.

Refiners in India exported 3.37 million tons of diesel in March, the highest since April 2020, when overseas sales were a record 3.4 million tons as local demand plummeted during the Covid-19 lockdown, according to data on Petroleum Planning and Analysis Cell's website. Gasoline exports reached a five-year high of 1.6 million tons.

For first-generation entrepreneur Mr Adani, coal is central to his empire. He has invested more than $3 billion in coal mines in India, Australia and Indonesia. His Carmichael mine in Queensland, which has been a target of environmental activists including Greta Thunberg for years, started shipping the fuel only this year.

In a May 4 earnings call, Adani Enterprises said it plans to raise the annual capacity of the Carmichael mine to 15 million tons in the year through March 2023, about 50% more than what its board approved for the first phase of the project. It plans to export as many as seven capesize cargoes a month, director Vinay Prakash said on the call.

The "geopolitical situation" is expected to keep coal prices strong for now, but how long this lasts is "anyone's guess," Mr Prakash told investors.