How corruption in fast-growing aviation industry is hurting nation 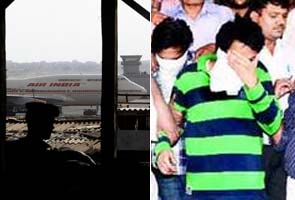 New Delhi: More than a dozen commercial pilots in India have been stripped of their licenses and a top airline safety official has been suspended after a government investigation uncovered widespread fraud and corruption in the booming aviation industry.

Several of India's private carriers, as well as its state-run airline, Air India, have fired active pilots as a result of the inquiry, which uncovered pilots falsifying flying records, cheating on flight exams and paying bribes to testing officials.

India's government and its private sector are already convulsing with corruption scandals, which have tainted mobile phone companies as well as last year's Commonwealth Games. The pilot investigation, though, carries particular shock value.

"You really are messing with people's lives if you are messing with a pilot's license," said Neil Mills, chief executive of SpiceJet, a low-cost carrier here that has fired three pilots for violations. "The penalties for corruption and not sticking to the rules should be much stricter and better enforced."

The review of India's active commercial pilot licenses is about half-finished, said an official with the Directorate General of Civil Aviation, India's main airline regulatory body. So far, government officials have revoked 6 commanders' licenses, which certify experienced pilots to be in charge in the cockpit, and 13 other commercial pilots' licenses, those often held by first officers.

The agency is also investigating dozens of flight schools that have cropped up in recent years as demand has grown for new pilots. Pilot schools here are attracting new students, from engineers to housewives, and can charge more than $65,000 for a course that lasts less than a year.

India's airline industry began expanding 20 years ago amid broad economic liberalizations, but it has grown phenomenally as the economy has blossomed in recent years, attracting billions of dollars in investment and giving rise to a number of new airlines to handle tens of millions of new passengers. Government oversight of the boom, analysts and airline professionals here say, lags perilously behind.

The Directorate General of Civil Aviation, D.G.C.A., is responsible for monitoring everything from airport safety to fleet maintenance and pilot training and certification. This week, R. S. Passi, its director of air safety, was removed from the job amid accusations that his daughter, Garima Passi, had been given preferential treatment in getting her pilot's license. She was suspended from SpiceJet last month over irregularities.

But the agency's most serious problem is not corruption within, but crippling understaffing, critics say, adding that it has little real chance of policing an industry prone to corruption and rife with nepotism.

"It is not the question of just one case, or one D.G.C.A. director or one airline, and then we can fix it and get over it," said Kapil Kaul, South Asia chief executive for the Center for Asia Pacific Aviation, a research group. "It is a failure of the entire system."

Just over 63 million people flew on Indian airlines in 2010, more than double the number of passengers five years ago. India has added more than 300 commercial planes and more than 500 private jets and helicopters in the past 10 years, Mr. Kaul estimates.

While growth in air travel has slowed in Asia in recent months, in India it is still expanding rapidly. Domestic airlines carried 9.6 million passengers in January of this year, up 19.6 percent from a year before.

Accident rates have remained fairly low. Last May's crash of an Air India Express flight in Mangalore, which killed 158 people, was the first major accident by an Indian carrier in a decade.

The director general of the aviation agency acknowledged that it had not grown apace with the industry. "If you look at the F.A.A. in the United States, they have five or six thousand employees," said the official, E.K. Bharat Bhushan. "I have 140 people, with 82 airports."

About two years ago, the Federal Aviation Administration found enough problems with Indian carriers that it threatened to downgrade them to Category 2 status, which would have limited their ability to expand routes to the United States. But that threat was lifted when the Indian aviation agency promised to add 550 positions and make other major changes.

Most of those jobs have not been filled, Mr. Bhushan said. "Because it is a government department, recruitment has been difficult," he said. Even if a fast-track hiring plan he has proposed to India's top ministers succeeds, he said, finding skilled airline experts in the country will be difficult. "We just don't have enough people," he said.

"Our system is just prehistoric," said Rishabh Kapur, the general secretary of the Indian Commercial Pilots Association, a domestic pilots union. Written tests are given only four times a year and are not computerized, and results take two months, he said. Often, the tests have more to do with reading comprehension and grammar skills than flying know-how, he added.

Promoted
Listen to the latest songs, only on JioSaavn.com
"We need to pull up our socks and get to global standards," Mr. Kapur said.