Hopeful of Rolling out GST in 2016, PM Modi Says in Singapore 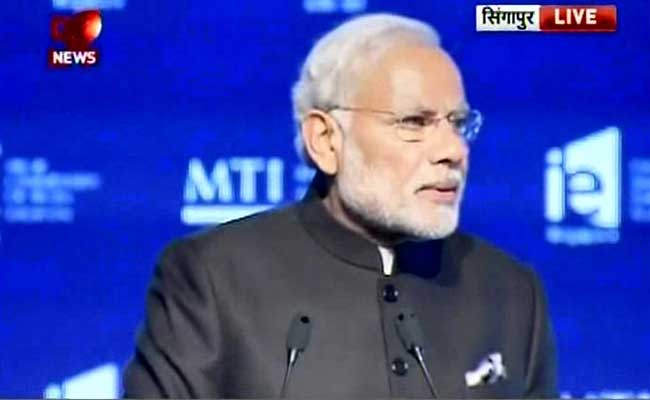 Prime Minister Narendra Modi told investors in Singapore that his government is hopeful of rolling out GST in 2016.

New Delhi: Prime Minister Narendra Modi has said his government is hopeful of rolling out the Goods and Services Tax in 2016. The bill to introduce the tax regime has already been introduced in Parliament, he told investors at the India-Singapore Economic Convention in Singapore this afternoon.

PM Modi's remarks come two days before the winter session of Parliament is scheduled to begin and at a time when the government is trying hard to bring the Congress - the main opposition party - on board to get the bill passed. The government has set a deadline of April 1, 2016, for rolling out GST which will be missed if Parliament does not pass the Constitutional amendment bill in the upcoming session.

The Finance Ministry initiated an exercise on Monday evening to effect the changes in the bill that the Congress has been seeking. The main opposition party has more legislators in the Rajya Sabha than the BJP. The government needs the Congress's support because a constitutional amendment needs to be passed in both houses by two-thirds majority. Top leaders in the BJP-led NDA government are said to be in touch with the Congress brass on the issue.