Ties between India and Pakistan have nose-dived in the last few years over cross-border terrorism. Relations worsened after terror attacks by Pakistan-based groups on several military bases in India. 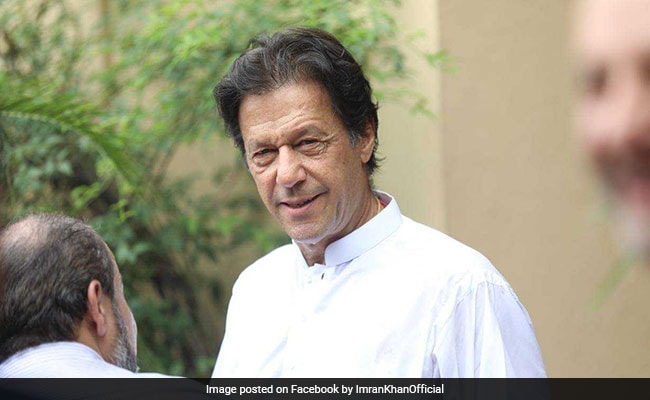 Imran Khan, the flamboyant cricketer-turned-politician, is set to become next prime minister of Pakistan

After Imran Khan's Pakistan Tehreek-e-Insaf emerged as largest party in Pakistan, India on Saturday expressed hope that the new government of Pakistan will work constructively to build a safe, stable, secure and developed south Asia free of terror and violence.

"We welcome that the people of Pakistan have reposed their faith in democracy through general elections," the foreign ministry spokesperson said in response to a query on elections in Pakistan.

This is India's first statement on elections in the neighbouring country that saw Imran Khan's party win 116 seats, short of the 137 needed for a simple majority.

In his victory speech before results for all the seats were declared, the flamboyant cricketer-turned-politician had spoken of his desire to have good relations with India, especially one that focuses on trade.

"I really want to fix our ties... "If they take one step towards us, we will take two, but at least (we) need a start," he said in a presidential-style address from Islamabad.

Mr Khan, who came to power after what he called 22 years of struggle, pitched for development, stability and improvement of Pakistan's  economy. On that front, he underscored the importance of trade ties with India. "The number one priority of any government should be trade ties with India," he said.

New Delhi hadn't responded to peace overtures from Imran Khan, who is still in talks with smaller parties and independents to form a coalition government.

Saturday's statement did not refer directly to 65-year-old Imran Khan's expected, even if controversial win.

"India desires a prosperous and progressive Pakistan at peace with its neighbours," the foreign ministry said.

Former prime minister Nawaz Sharif's Pakistan Muslim League-Nawaz (PML-N) and several other parties have questioned the outcome of the election results, alleging vote-rigging in favour of Mr Khan by the Army.

Ties between India and Pakistan have nose-dived in the last few years over cross-border terrorism. Relations worsened after terror attacks by Pakistan-based groups on several military bases in India.

New Delhi has been maintaining that Pakistan must stop terror activities from its soil for any meaningful talks between the two countries to resolve the outstanding issues.

India had been closely watching the outcome of the elections in Pakistan over concerns that a hardline party at the helm will affect the security of the people in Jammu and Kashmir as well as the rest of India in view of Pakistan's support to terror.