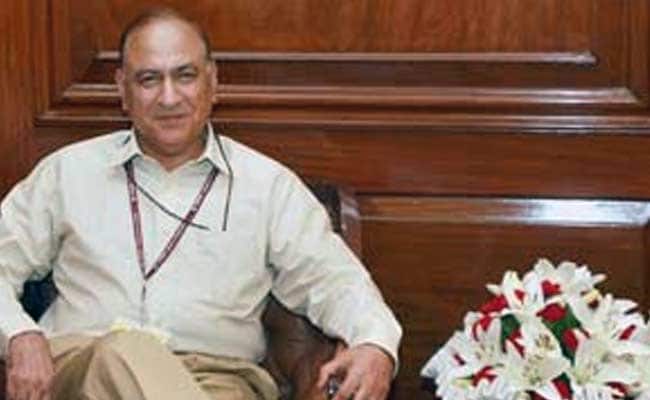 Anil Goswami, who was asked to resign as home secretary for interfering in CBI probe

India's home secretary Anil Goswami was asked to go on Wednesday night for interfering in CBI investigations against a politician. LC Goyal, former rural development ministry secretary, has replaced him and is likely to take over soon.

The government asked Mr Goswami to resign after he admitted to making a telephone call to the CBI on behalf of Congress leader Matang Sinh, who was arrested last week in the Saradha chit fund case.

Mr Goswami was left with no choice, sources said, as he confronted an extremely unhappy Prime Minister Narendra Modi and the possibility of an unceremonious sacking before his two-year tenure was to end in July.

The new home secretary, LC Goyal, has been a joint secretary in the home ministry when the UPA was in power.

After being briefed on the controversy by Home Minister Rajnath Singh, PM Modi decided to take a tough stand in a 90-minute meeting with officials, sources said. Mr Goswami was asked to explain his actions - first to the home minister and then to the Prime Minister's Office.

Mr Goswami reportedly said he did make the call but never interfered. The explanation did not convince either the home minister or the Prime Minister.

Sources in the PM's Office said the official's removal is meant to send out a clear message that the Modi government is ready to back bureaucrats but not those crossing the line.

Matang Sinh, a former junior home minister, was arrested last week in the Saradha ponzi scheme in which thousands of small investors in Bengal and Odisha were cheated out of their savings.

The CBI alleges there were large, unexplained transactions worth Rs. 30 crore between Mr Sinh and Saradha, which need investigation.

Promoted
Listen to the latest songs, only on JioSaavn.com
Anil Goswami is the third top official to be removed in this year. Last week, the government sacked Sujatha Singh as Foreign Secretary, seven months before her retirement, and replaced her with S Jaishankar, the former US envoy.