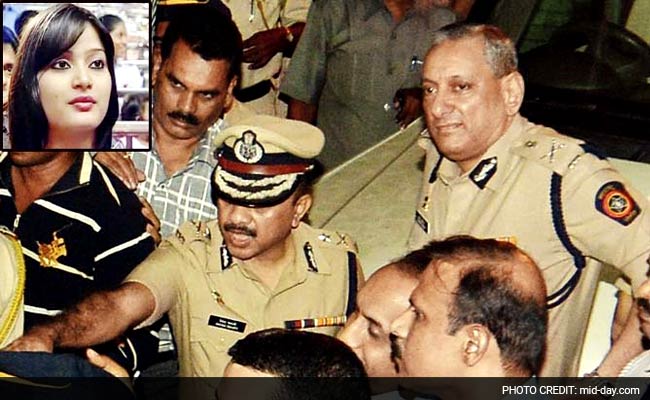 File Photo of Rakesh Maria, the then commissioner of police, was abruptly ousted from his post on September 8 and was promoted as Director General of Home Guard.

Mumbai: Uncertainty continues over whether erstwhile Commissioner of Police Rakesh Maria will return to head the Sheena Bora murder probe, with the state Home department now doing a complete U-turn in the matter.

Days after his hasty removal from the CP's post and promotion as Director General (Home Guards), the state had sent a three-line letter to Maria stating he could continue with the probe. Now, the Home department has said it will only decide whether to bring Maria back in after a status review of the investigations.

"I have asked the Director General of Police Sanjeev Dayal to review the case and send me a status report. Once we get the report we will check if Mr Maria is needed to guide the officers.

We will meet the Chief Minister and accordingly take a detailed order for his return, if required," said Additional Chief Secretary (Home) KP Bakshi, adding that since the DGP had been busy with the launch of the Crime and Criminal Tracking Network and Systems (CCTNS) in Nagpur, the report was delayed.

Maria was seen taking a hands-on approach in the Sheena murder probe, personally interrogating the accused in the case and briefing the media about developments. However, on September 8, 22 days before his promotion was due, he was moved from the CP's post to the DG of Home Guards.

mid-day had reported how this decision had provoked negative reactions from several quarters, and days later, he was sent a three-line circular asking him to continue with the case ('State authorises Maria to lead Sheena probe', September 11).

Maria himself had expressed his disinterest in returning to the investigation, and sources had pointed out how the decision to bring him back could lead to chaos in the probe, as the circular was not clear how Maria would lead the case while he was in the Home Guards department. It was also not clear whether the investigating team would report to him or the new CP Ahmad Javed, or the both of them.

Currently, the investigations are being carried out by the Special Investigating Team (SIT) headed by Assistant Commissioner of Police (Bandra division) Sanjay Kadam and Police Inspector Dinesh Kadam (Khar Police), both of whom are considered to be close to Maria, and have been part of all his important cases.

"We are doing well in terms of the murder investigations. We know the motive for the murder but cannot reveal it. We will soon file a chargesheet in the case," said a police officer who is part of the probe.
Comments
Sheena Bora CaseSheena Bora murder probeRakesh MariaMumbai Police

What States Said About Quarantine, As Domestic Flights Resume: 10 Points