Holika Dahan History: Holika Dehen is celebrated by burning Holika, an asura. The legend has it that Holika Dehen came into practice after the famous King Hiranyakashyap tried to burn his son Prahlad who was a devotee of Lord Vishnu. 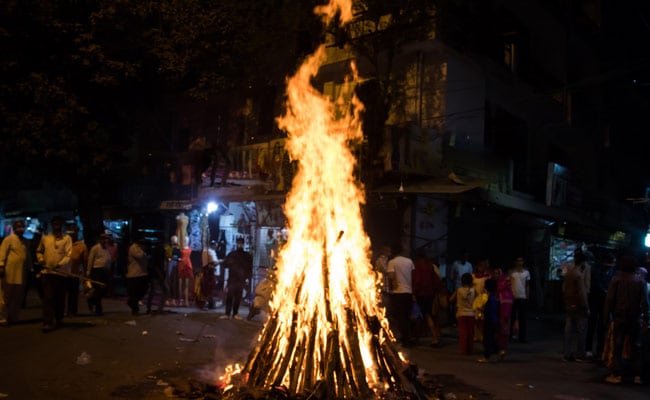 The festival of Holi that celebrates the spirit of inclusiveness and humanity heralds the onset of spring after winters in the India. The festival that marks the victory of good over evil is celebrated on two days - Holika Dahan and Holi Milan.

Holika Dahan is celebrated by burning Holika, an asura. The legend has it that Holika Dahan came into practice after the famous King Hiranyakashyap tried to burn his son Prahlad who was a devotee of Lord Vishnu.

Hiranyakashyap's sister Holika was given a gift of a shawl in the form of a boon which prevented her from being harmed by any fire. In a conspiracy to kill Prahlad out of jealousy, Hiranyakashyap and Holika planned to make Prahlad sit in the lap of Holika in a holy pyre so that he dies and Holika remains alive due to the special boon.

But it later turned out that the fire burnt down Holika and Lord Vishnu devotee Prahlad came out safe, and after that day Holika Dahan was celebrated every year to celebrate the victory of good over evil.

Days before the festival people start gathering wood and combustible materials for the bonfire in parks, community centers, near temples and other open spaces. On top of the pyre is an effigy to signify Holika who tricked Prahalad into the fire. Inside homes, people stock up on color pigments, food, party drinks and festive seasonal foods such as gujiya, mathri, malpuas and other regional delicacies.