Hindon Airport: The first flight to Pithoragarh from Hindon will be from the Heritage Aviation company, which plans to launch flights for Dehradun, Hubli, Shimla and other popular tourist destinations. 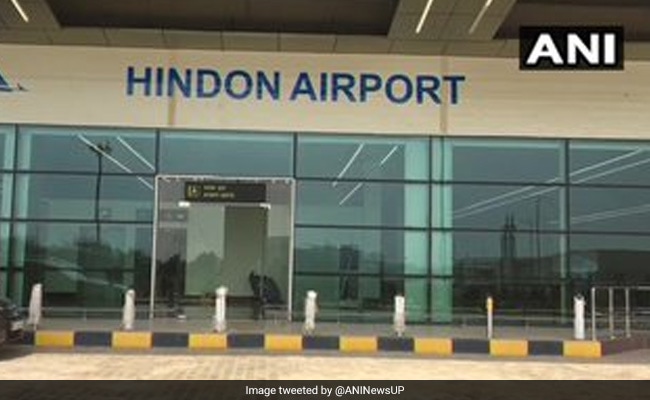 After an eight-month-long wait, the Hindon airport in Ghaziabad, 32 km from Delhi, is ready for the first flight today. The first commercial flight from the Hindon civil airport, which is adjacent to the Indian Air Force's Hindon airbase, will start its operation with a nine-seater plane that will take off for Uttarakhand's Pithoragarh district.The Hindon Airport is part of the regional air connectivity scheme UDAN (Ude Desh ka Aam Nagrik) which aims to make flying affordable for people.

The first flight from Hindon will be from the Heritage Aviation company. The CEO of company, Rohit Mathur, said that after the first flight to Pithoragarh, the company plans to launch flights for Dehradun, Hubli, Shimla and other popular tourist destinations.

"The price has for one seat in the aircraft has been kept at Rs 2.5 thousand by us. After this, we are planning to launch flights for Dehradun, Hubli, Shimla, Faizabad, Gulbarga, Nasik and Coonoor among other popular destinations," Mr Mathur said.

The flight operations to Shimla from the Hindon civil airport are likely to start in November, news agency PTI reported quoting sources.

Talking about the security arrangements, District Magistrate Ajay Shanker Pandey said that special training has been given to policemen so that passengers do not face any inconvenience.

"We have made all arrangements for the security of Hindon Airport. 55 policemen who have received special training will be deployed at the airport to ensure that there is no inconvenience to passengers on the first flight from the airport on October 11," Mr Pandey was quoted as saying by news agency ANI.

The Hindon airport was inaugurated by Prime Minister Narendra Modi on March 8. The starting of flight service from Hindon will greatly reduce the burden on the New Delhi airport and will also enable passengers from the western Uttar Pradesh region to save time.