Himachal Pradesh flash floods: While one team has reached Tatwani, other two teams are expected to reach the affected areas soon, said an official. 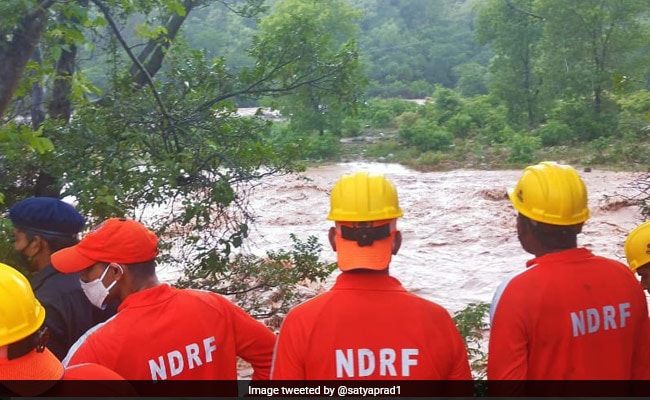 NDRF has pre-deployed 112 teams across India in view of the ongoing monsoon rains and flood season.

The teams were sent after heavy rains hit many parts of the district and several people were reported stranded near Boh and Tatwani villages, an official spokesperson said.

Three teams have been dispatched from the regional response centre of the NDRF located at Nurpur in Kangra, he added.

One team has reached Tatwani after overcoming difficulties caused by landslides and has launched search-and-rescue operations there, the official said. The other two teams are expected to reach the affected areas soon.

An NDRF team usually has 47 personnel, and they are equipped with life-saving equipment, inflatable boats and tree and pole cutters.

The central force has pre-deployed a total of 112 teams across the country in view of the ongoing monsoon rains and flood season.

Additional teams are on alert at the NDRF base in Bathinda (Punjab) and a control room is operational at the force headquarters in New Delhi that is monitoring the situation round-the-clock, he said.

Flash floods triggered by heavy rains swept away buildings and cars in Dharamshala town of Kangra district that is frequented by tourists.

Bad weather also led to the closure of the airport there.