The campaign was launched in the largest water tank in the state with a storage capacity of 90 lakh litres. 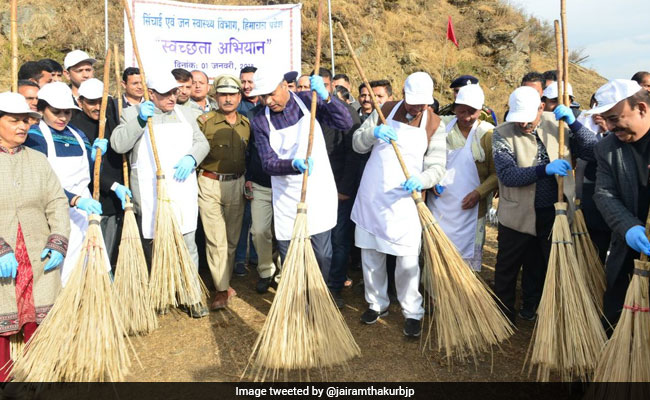 Greeting people on New Year's day, he said the water tank in Sanjauli town, where the campaign was launched, is the largest in the state with a storage capacity of 90 lakh litres.

He said his government is committed to total cleanliness under the Swachh Bharat Mission of the government of India.

The Chief Minister directed the Irrigation and Public Health Department to undertake a drive to clean water tanks on priority -- and asked them to undertake the effort twice a year. Besides, other traditional water sources should also be cleaned regularly.

Noting that, due to the tough topography of the state, people had to often travel long distances to get water, he said: "I assure you that every kitchen and bathroom will have water taps."

The Chief Minister announced a reduction by half of taxi fares for patients and attendants visiting the Indira Gandhi Medical College and Hospital in Shimla. The new fare will be Rs 10 per person.

Promoted
Listen to the latest songs, only on JioSaavn.com
Irrigation and Public Health Minister Mahendar Singh said the cleanliness campaign would continue for 15 days.

Education Minister Suresh Bhardwaj, who is the legislator from Shimla, said it was unfortunate that a body of a boy was fished out from a water tank in Shimla last year and the government would now ensure that no such incident occured in the future.