The Uttarakhand High Court has asked CBI to investigate the involvement of forest officers in the poaching of tigers. 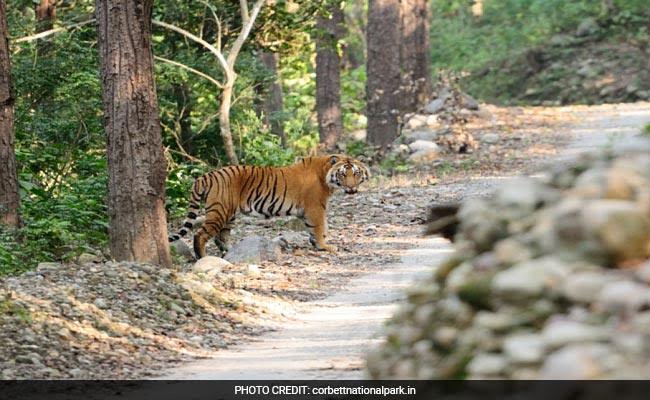 The Uttarakhand High Court has ordered a CBI probe into the death of tigers at the Corbett Tiger Reserve over the past five years and the alleged involvement of forest department officials in the poaching of big cats.

A division bench of the high court comprising of Acting Chief Justice Rajiv Sharma and Justice Lokpal Singh Tuesday ordered an inquiry into the death of tigers in the park.

The court also asked the CBI to investigate the involvement of forest officers in the poaching of tigers.

The matter shall be inquired into and investigated by the CBI and the preliminary report shall be submitted to the high court, in a sealed cover, within three months, it said.

The CBI is free to take the services of its Wildlife Wing for the probe.

The direction came after the court was told that out of nine tiger deaths in the past only six were natural deaths.

The court does not order for investigation by the CBI but the present case is the rarest of rare cases where the expertise of the CBI is solicited, the court said.

The court further observed that in a period of two and a half years 40 tigers and 272 leopards have died in the state.

As per a newspaper report, poachers active in Uttarakhand belong to the Bawariya gang hailing from Haryana.

The Director General of Police has been directed to constitute a Special Investigation Team headed by Senior Superintendents of Police to nab these poachers, the court said.

The court further took cognisance of the fact that an area measuring 318.80 hectares falling in Dhulwa and Dhumanda has not been formally included in the Corbett Tiger Reserve.

The State has been directed to include this area in Corbett Tiger Reserve within one month.

Issuing various directions to preserve wildlife the court banned the entry of private or commercial gypsies to ply in Dhikala Zone of the reserve thereby modifying the previous order of permitting 32 vehicles each to ply in Jhirna as well as in Birjani Zones.