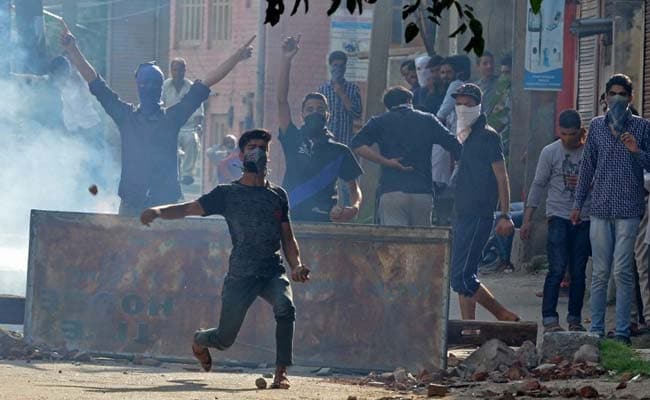 The Jammu and Kashmir High Court has refused to ban pellet guns till violence continues.

Srinagar: Rejecting a plea seeking ban on use of pellet guns in controlling street protests, the Jammu and Kashmir High Court has cited the ground situation and observed that as long as there is violence by unruly mobs, use of force is inevitable.

A bench comprising Chief Justice N Paul Vasanthakumar and Justice Ali Mohammad Magrey also declined the plea to prosecute the officers who ordered use of pellet guns or fired them even as it directed the authorities to provide adequate medical treatment to the injured by specialists in or outside the state.

"Having regard to the ground situation prevailing as of now and the fact that Government of India, Ministry of Home Affairs has already constituted a Committee of Experts through its Memorandum dated July 26, 2016 for exploring other alternative to pellet guns... Before filing of the report by the Expert Committee and a decision taken at the government level, we are not inclined to prohibit the use of pellet guns in rare and extreme situations," the court said in its order yesterday.

The bench was hearing a petition filed by Jammu and Kashmir High Court Bar Association seeking ban on use of pellet guns for crowd control.

The court said "it is manifest that so long as there is violence by unruly mobs, use of force is inevitable".

"What kind of force has to be used at the relevant point of time or in a given situation or place, has to be decided by the persons in-charge of the place where the attack is happening," it said.

"This court in the writ jurisdiction without any finding rendered by the competent forum / authority cannot decide as to whether the use of force in particular incident is excessive or not,"  the court said.

The bench also declined the plea to prosecute the officers who ordered use of pellet guns and those who actually fired them.

"Same cannot be considered in this petition as no findings on use of excessive force, violating the guidelines issued in SOP (Standard Operating Procedure), have been recorded by any fact-finding authority," it said.

Hence the persons alleging use of excessive force due to which death or injury has occurred, can very well approach the appropriate forum to establish the same and seek redressal, the bench ruled.

However, the court said the pendency of the PIL with regard to other prayers will not be a bar for the state government for paying compensation to deserving family members of the deceased or injured persons.

Promoted
Listen to the latest songs, only on JioSaavn.com
The court directed the concerned authorities to ensure that all the injured are extended adequate medical treatment for whatever injury they sustain and provide all possible required medical treatment to the injured by specialists.