Hearing-impaired student Lavanya Balakrishnan scored 489 marks out of 500 in the class 12 board exam of the CBSE. 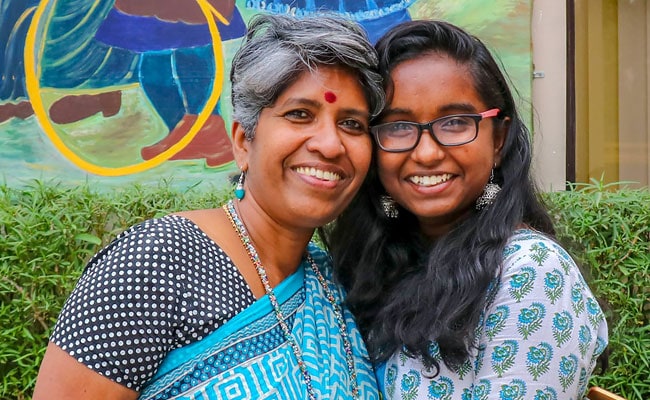 Lavanya Balakrishnan credited her parents for supporting her and said her mother always motivates her.

"I was astonished after hearing about my result. This has really boosted my confidence," Lavanya Balakrishnan, who has a hearing disability since her childhood, told news agency IANS.

With 97.3 per cent marks, Lavanya Balakrishnan wants to pursue a career in designing.

"I love the subject but I want to pursue a career in designing. I always made it a point to not study beyond six hours a day but I adopted the policy throughout the year rather than just struggling before the exams," she told news agency PTI.

Lavanya Balakrishnan credited her parents for always supporting her and her sister. Her mother, who also teaches in the same school, also took care of her education.

"She always motivates me. I have never felt that there is a disability and I am incapable of something," she said.

Around 13 lakh students appeared for the mega CBSE Class 12 exam which began on February 16. Girls outperformed boys this year too with three girls students clinching the second rank as well. The results were declared way ahead of their schedule.

The results are available on the board's official website - cbse.nic.in - and its official results portal, cbseresults.nic.in.