Farmers claim that they need to clear the crop residue in order to sow the next crop. But abiding with the green court order means that they need to stock the stubble, a practice, they say, will cost them anywhere between Rs 4,000-5,000 per acre.

Farmers claim that they need to clear the crop residue in order to sow the next crop.

Chandigarh: The ban on stubble burning in Punjab - an attempt to control air pollution levels in north India - has left the state's farmers in a fix.  They say they need to clear crop residue to sow the next crop even if it is at the risk of hefty fines or even a jail term. The farmers said they have no choice but to defy the National Green Tribunal's order, as to abide by it would mean stocking the stubble - a practice that might cost them anywhere between Rs. 4,000-5,000 per acre.

"We don't want to create pollution but there is no time left, we have to sow the next crop now, we are compelled to do this," said Shamsher Singh, the president of the Bharti Kisan Union Lakhowal, as he, along with any other farmers, burnt their stubble, in front of NDTV cameras.

The farmers, instead, want a practical alternative to the current court order. 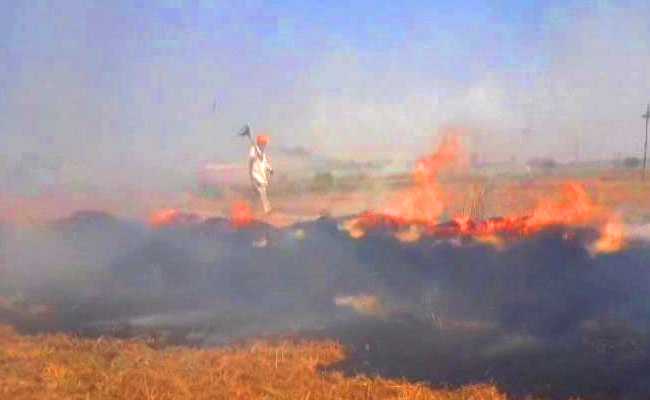 Farmers engage in stubble burning to clear the paddy stubble in time for the wheat crop.

But their appeal to the state government is unlikely to be implemented anytime soon with the Punjab government blaming the Centre for not granting money to help them provide incentive and infrastructural assistance to farmers to stop them from burning crop residue.

"We have no money. We have asked for Rs 2,000 crore per year for three years from the Centre. These are choices government of India has to take. We have communicated it to the agriculture minister the finance minister and the PM," Punjab Finance Minister Manpreet Singh Badal told NDTV.

Farmers burn their crop residue to clear the paddy stubble in time for next round of crops. The window is said to be anywhere between 15 to 30 days within which the stubble has to be cleared. Therein lies the crux of the problem. Stubble burning in Punjab and Haryana has created a toxic haze across north India.

Punjab Chief Minister Amarinder Singh had sent a letter on October 4 to Prime Minister Narendra Modi seeking approximately Rs 2,000 crore per year - a total of Rs 7,091 crore is needed for three years. But there has been no response to the letter so far.

As per the Punjab government's yet to be implemented action plan, accessed by NDTV, the government plans to use the stubble for power generation, composting and purchase of machines.
Both Punjab and Haryana claim to have ensured a sharp decline in stubble burning; they say they have also taken action against more than 500 farmers each. 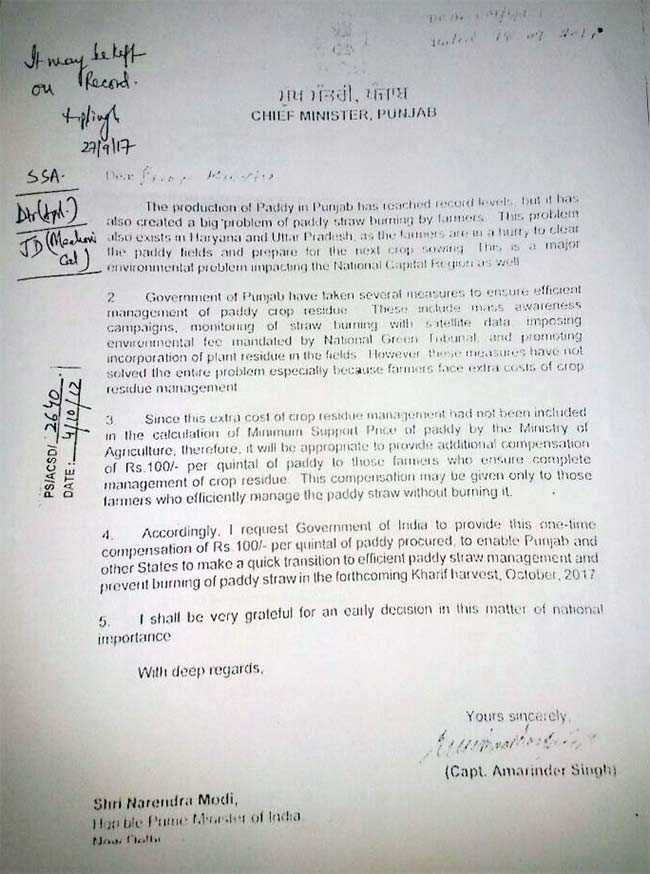 S Narayanan, Member Secretary, Haryana Pollution Control Board said the state has been monitoring farms through satellite. While the Haryana government has earned six and half lakhs through fines, they are reluctant to anger the farmers.

"We have tried fining farmers too but it causes a lot of dissatisfaction, they have to take care of their crops but we're trying to come up with the best solutions," Haryana Chief Minister ML Khattar told NDTV.

Indian Institute of Technology (IIT) Kanpur had said in a report last year that stopping the farm fires - which cause about a quarter of the pollution in Delhi -- could cut the pollution in the capital by 90 per cent.

With no commitment from the Centre, Punjab and Haryana's farmlands will burn this harvesting season, increasing the pollution levels.
Comments
Punjab Farm CrisisPunjab Stubble BurningCrop Burning