Hathras Case: The woman died at a hospital in Delhi last month, two weeks after the alleged torture that triggered widespread outrage.

Family members of the 19-year-old Dalit woman who died after allegedly being raped by four upper caste men in Uttar Pradesh's Hathras appeared before the Lucknow Bench of the Allahabad High Court, which fixed November 2 as the next date of hearing.

They were heard by the Bench of Justices Pankaj Mithal and Rajan Roy on Monday.

The UP Additional Chief Secretary; DGP; and the ADG (Law and Order) also deposed before the court, along with the Hathras DM and SP.

The DM told the court that the decision to cremate the body in the night was taken due to the law and order considerations and there was no pressure from the state authorities.

Additional Advocate General VK Shahi, who represented the state authorities in the court, said the next date of hearing has been fixed for November 2.

The woman's father, mother and three brothers was brought to the court amid tight security from Hathras earlier in the day.

Here are the updates on Hathras case:

Oct 12, 2020 22:12 (IST)
Yogi Adityanath's eagerness to give Hathras case to CBI obvious: CPI(M) as agency removes FIR from website
Reacting to the CBI removing the Hathras rape case FIR from its website hours after putting it up, CPI(M) general secretary Sitaram Yechury on Monday said slammed Uttar Pradesh Chief Minister Yogi Adityanath, saying his eagerness to transfer the case to the investigating agency was "obvious".
The Left parties have been demanding a court monitored probe in the matter and had opposed the transfer of the case to the Central Bureau of Investigation (CBI), PTI reported.
Oct 12, 2020 21:31 (IST)
Probe agency puts Hathras case FIR on website, removes within hours
Hours after putting the Hathras rape case FIR on its website, the CBI removed it sensing possible violation of a Supreme Court order that FIRs in cases of rape and sexual assault, including those against minors, should not be put in public domain by police.
The agency, however did not retract or remove its media statement from the website, the PTI reported.
Oct 12, 2020 19:09 (IST)
Victim's family urges High Court to shift case out of UP

The victim's family has demanded that reports of CBI be kept cofidential. We had also prayed that the case be transferred out of UP. The third demand is that the family be provided security until the case completely concludes: Seema Kushwaha, lawyer of #Hathras victim's family https://t.co/zh7SB1q16Epic.twitter.com/uDpUtJEiMR

The Court will give a decision. The next date of hearing is 2nd November, 2020: Aditional Advocate General VK Shahi, representing Uttar Pradesh government before Lucknow Bench of Allahabad High Court, in #Hathras case https://t.co/zh7SB1q16Epic.twitter.com/gRku23HlUa

The family members who are en-route to Lucknow from Hathras are accompanied by the District Magistrate, Sub-Divisional Magistrate & Superintendent of Police pic.twitter.com/mw3SiIAbwF

Oct 12, 2020 10:06 (IST)
I am going with them. Proper security arrangements have been made. District magistrate (DM) and superintendent of police (SP) are also accompanying us: Anjali Gangwar, SDM. 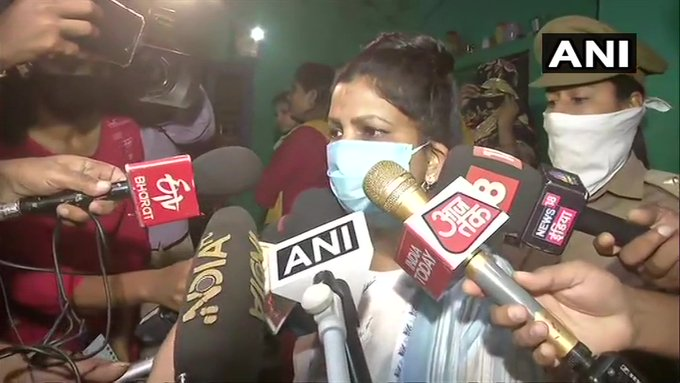 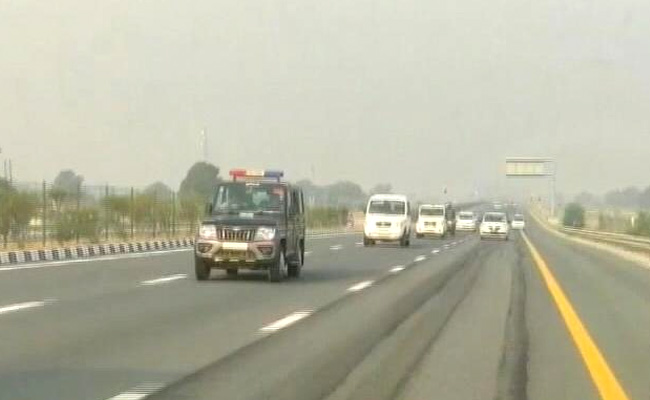 They will appear before Lucknow Bench of Allahabad High Court later in the day. pic.twitter.com/Slu1k5GUmW

Oct 12, 2020 08:04 (IST)
Hathras Victim's Family To Appear Before High Court
Amid tight security, the family of the 20-year-old woman - allegedly gang raped and tortured in Uttar Pradesh's Hathras will today appear before the Lucknow bench of the Allahabad High Court. The woman died at a hospital in Delhi last month, two weeks after the alleged torture that triggered widespread outrage.