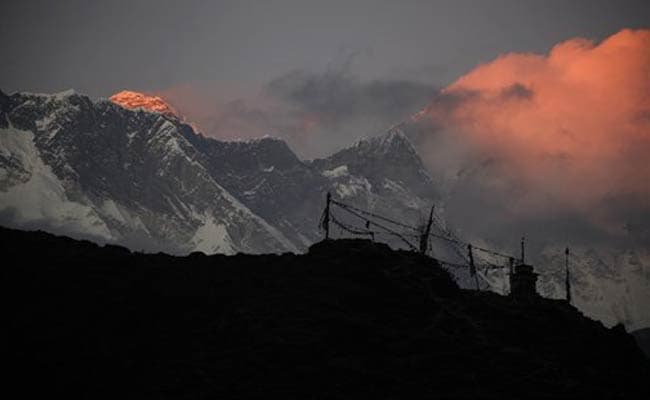 Everest belongs to the Himalayan Range, a relatively young chain of peaks.

According to India's surveyor-general, a school of thought has grown that Earth's highest peak, Mount Everest, has shrunk.

"We are sending an expedition to Mount Everest," said the official, Swarna Subba Rao, on the sidelines of the Geospatial World Forum in the southern Indian city of Hyderabad. He told the BBC that his surveyors would work with the government of Nepal, which shares the mountain with China, to "remeasure" the hulking rock.

The culprit of the possible shrinking is thought to be the gigantic earthquake that devastated Nepal in April 2015.

Smithsonian Magazine reported shortly after the quake that satellite data was used to determine that large swathes of land in Nepal had risen more than 30 feet, while others had dropped. Conflicting reports on what has happened to the exact altitude of Everest's peak leave considerable doubt.

The last time the mountain was measured was more than six decades ago, also by the Survey of India. They found that Everest rose to 29,028 feet above sea level. It is unlikely that a new survey would find that Everest's peak was in fact below 29,000 feet, but measuring technology has significantly improved, leaving room for discrepancies.

No other peak in the world lies above 29,000 feet, and the current estimation of Everest's height puts it 777 feet higher than the world's second-highest mountain, K2.

This time around, scientists will measure Everest's height using GPS equipment and triangulation techniques. The observational data would take a month to collect and another 15 days to compute, said Rao.

Promoted
Listen to the latest songs, only on JioSaavn.com
Everest belongs to the Himalayan Range, a relatively young chain of peaks that, on the whole, are growing rapidly as the Indian subcontinent subducts under Eurasia. Almost all of the world's highest peaks rise there.