Has India lost its Husain forever? 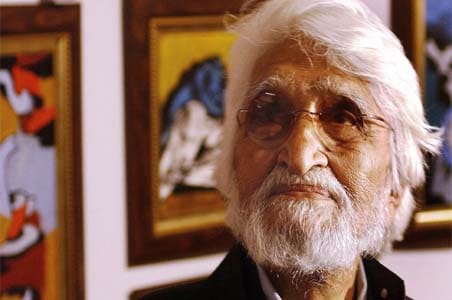 Dubai: Within hours of discovering that artist Maqbool Fida Husain could give up his Indian citizenship, the government is trying to avoid what could be a gigantic embarrassment and loss. Union Home Secretary, GK Pillai, told NDTV on Thursday evening, "MF Husain is free to come back. We will provide him security if he asks for."

On Thursday morning, The Hindu reported that Husain had been offered citizenship of Qatar.  Husain has been living in Dubai since 2006, after he found himself repeatedly under attack for  his controversial paintings of Hindu deities in the mid 1990s.  His exhibitions were vandalized, so was his house. There are still a series of court cases pending against him.

India does not allow dual citizenship.  Husain's lawyer, Akhil Sibal, points out that the artist did not apply for citizenship of Qatar, but that   offer could be tempting.  "There are many questions yet to be answered.  Is it of an honourary nature? What would be the consequence? This brings into sharp focus the contrast between the treatment he receives around the world, and the treatment that is meted out to him right here in India, where you have a state which over for the last 15 years has in no manner come to his aid through the harassment that he has faced," says Sibal.

Other artists agree. "I don't blame him at all for this because he has been treated so shabbily in our country considering that he is probably the most well-known and certainly the most celebrated Indian contemporary artist," says film-maker Shyam Benegal.
Defying the government's position, and public opinion, the Sangh Parivar insists that Husain has to apologize if he wants to return home.

Promoted
Listen to the latest songs, only on JioSaavn.com
"We welcome MF Hussain as an Indian citizen. If he has apologised, then let him convey it to those who were hurt by his paintings. ...but every freedom in democracy has a limit," says Mohan Bhagwat, the Chief of the Rashtriya Swayamsewak Sangh (RSS).

A line that's tough for many to swallow, given that different allies and members of the Sangh Parivar have repeatedly violated what's legally permissible.