The Haryana government has also been told to refrain from coercive steps against private sector employers opting not to follow the contentious new law, at this time 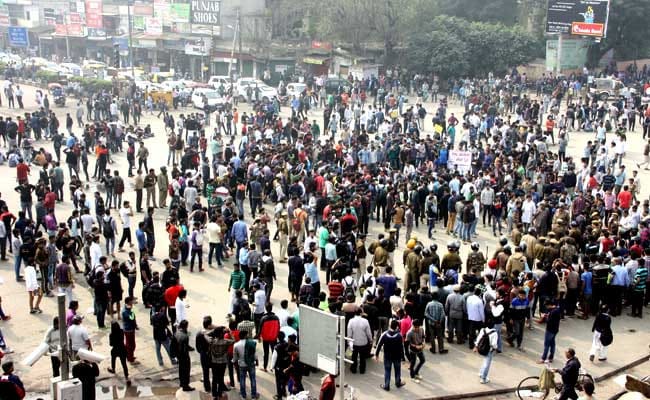 The Supreme Court on Wednesday lifted an interim stay imposed by the Punjab and Haryana High Court on a Haryana law providing 75 per cent reservation in private sector jobs to local candidates.

Significantly though, the Haryana government has been told to refrain from taking coercive steps against private sector employers opting not to follow the contentious new law, at this time.

Earlier this month Haryana Chief Minister ML Khattar's government had moved the Supreme Court against a High Court order that called the quota unsustainable and against natural justice.

The state argued the order was passed after a 90-second hearing and that its lawyer was not heard.

The Supreme Court today asked the High Court to hear the matter fully and rule in four weeks.

"We do not intend to deal with merits of matter... request High Court to decide expeditiously, and not later than four weeks. Parties are directed not to seek adjournment..." a bench of Justice L Nageswara Rao and PS Narasimha said.

"In the meanwhile, Haryana is directed not to take coercive action against employers. The impugned order passed by the High Court is set aside as the High Court has not given sufficient reasons..."

During the hearing, Dushyant Dave, arguing for the Faridabad Industries Association, said the law would have "far-reaching implications", including the threat of small private sector firms being forced to shut due to lack of sufficient candidates for reserved jobs.

Mr Dave also said private hospitals could be affected because many employed nurses from Kerala. He pointed out that the Haryana government's claim - that 900 firms had registered under the law - "means nothing" because there were over 45,000 private companies in the state.

Shyam Divan, appearing for the Manesar Industries Welfare Association, said "industries will suffer... this affects the idea of India as an economic unit."

Represented by Solicitor-General Tushar Mehta, the state argued the law would "ensure people do not have to move elsewhere (for jobs)" and claimed it would also solve the problem of slums.

The Haryana State Employment of Local Candidates Act, 2020, was passed in November last year, and applies to jobs offering a maximum gross monthly salary or wages of Rs 30,000.

It came into effect January 15, after which Deputy Chief Minister Dushyant Chautala declared it would open new avenues of employment for thousands of young men and women in the state.