The Central Bureau of Investigation (CBI) will file its reply at a Panchkula court on September 18 on the National Herald publisher Associated Journals Limited (AJL) land allotment case and Manesar land scam case. 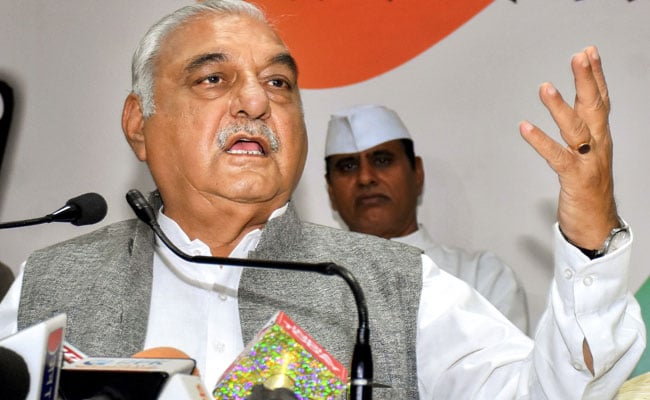 According to the Enforcement Directorate (ED), Mr Hooda allegedly misused his official position and allotted a plot in the guise of re-allotment at an under-valued price to the Associated Journals Limited (AJL), a group that runs the National Herald newspaper.

The agency claimed that the value of the plot was Rs 64.93 crore but Mr Hooda gave it away for Rs 59 lakh.

In May this year, the Enforcement Directorate had attached the plot under the Prevention of Money Laundering Act (PMLA).

In December 2018, the agency had filed a chargesheet against Mr Hooda and Congress leader Motilal Vora for alleged fraudulent allotment of the land to Associated Journals Limited in Panchkula in 2005.

The probe agency had on July 26, this year questioned Mr Hooda for over four hours in Delhi in connection with the Associated Journals Limited land allotment case.

In the Manesar land scam case, the Enforcement Directorate had attached 18.5 acres of land in Gurugram and Rs 66.57 crore lying in bank accounts of a private company and some others under the Prevention of Money Laundering Act, 2002 (PMLA).

The Manesar land allotment case pertains to the alleged purchase of land from farmers in Gurgaon for Rs 100 crore when the actual worth (as per market rate) was Rs 1,500 crore.

The land was bought in the period from August 2004 to August 2007. The Congress government in Haryana, led by Mr Hooda, remained in power from March 2005 to October 2014.

The purchase, according to the Central Bureau of Investigation (CBI), was made under "threat and false apprehension of acquisition of the land" allegedly by the Hooda government.