The prime minister referred to Sonipat as land of "kisan, jawans and pehalwans" (farmers, soldiers and wrestlers). 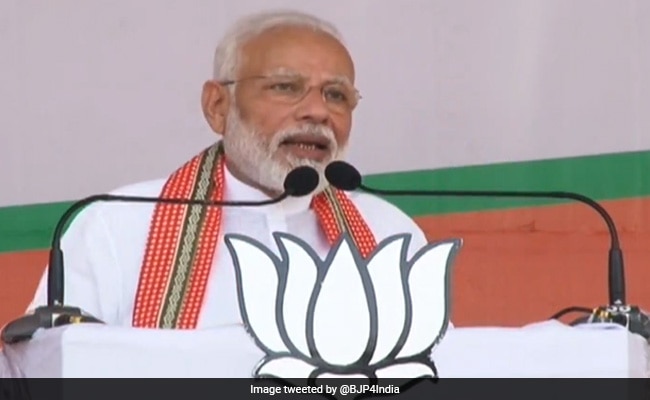 Prime Minister Narendra Modi today hit out at the Congress on the issue of Article 370, saying parties like it can neither understand sentiments of people nor respect sacrifices made by brave soldiers.

Addressing a rally in Gohana in Sonipat, Haryana, his fourth one for the October 21 polls, PM Modi while referring to abrogation of Article 370, asked the gathering: "You know what happened on August 5? What no one could have imagined. On August 5, India's Constitution in entirety became applicable in Jammu and Kashmir," he said.

He said while his government took the decision in national interest, "but Congress and parties like them cannot understand the sentiments of people."

"You can criticise me as much as you can but at least give respect to Maa Bharat (India)," said PM Modi.

However, both Mr Hooda and his son Deepender Singh Hooda lost the Lok Sabha polls from Sonipat and Rohtak parliamentary constituencies, respectively and PM Modi took a veiled dig at this.

"You broke arrogance of big leaders in Lok Sabha polls," he told the gathering.

The prime minister also referred to Sonipat as land of "kisan, jawans and pehalwans" (farmers, soldiers and wrestlers).