Haryana Assembly Elections 2019: Bhupinder Singh Hooda will contest the Haryana polls as the Congress candidate from Garhi Sampla-Kiloi in Rohtak. 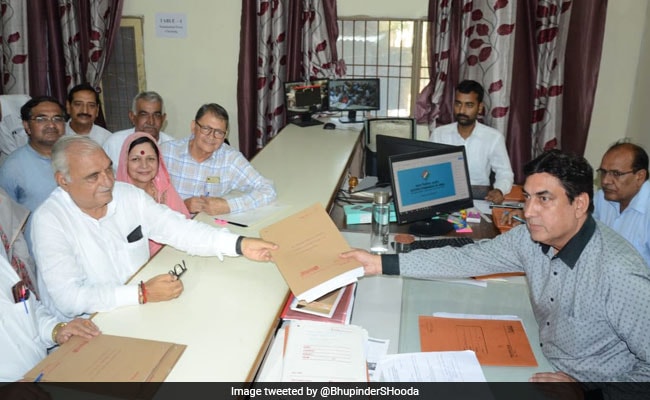 Former Haryana Chief Minister Bhupinder Singh Hooda today performed a havan before filing his nomination to contest the October 21 state election. The Congress leader, his wife and relatives were seen in visuals gathered around a pyre, praying to Vedic chants.

Mr Hooda will contest the Haryana polls as the Congress candidate from Garhi Sampla-Kiloi.

The two-time Chief Minister lost power in 2014, when the BJP emerged as the single largest party for the first time in Haryana.

Mr Hooda said in the past five years, the ML Khattar-led BJP government had not kept a single poll promise. 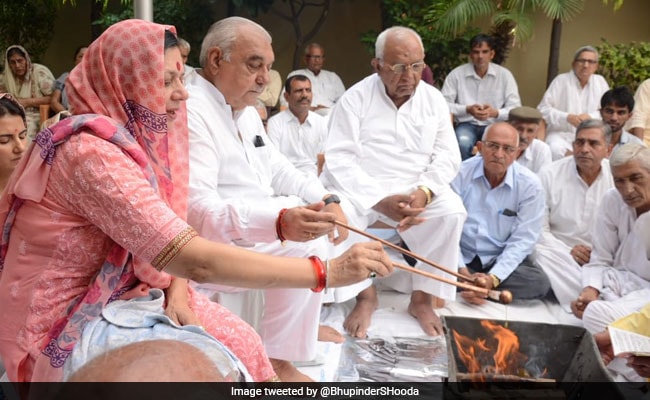 Bhupinder Singh Hooda performed havan with his wife before filing his nomination.

"The state is witnessing a rampant rise in crimes and women and children are not safe. Every section of society is dissatisfied with this government," the Congress leader added.

Mr Hooda is at the heart of massive infighting within the Congress in Haryana. Yesterday, another Congress leader Ashok Tanwar, who was replaced as the party's Haryana chief by Kumari Selja reportedly on Mr Hooda's recommendation, wrote a three-page letter to party president Sonia Gandhi and quit key panels. He said the leadership had given preference to those who had sabotaged the party in the last five years. The Congress, he alleged, had been reduced to "Hooda Congress".

Reacting to the revolt, Mr Hooda told reporters: "From today onwards, there is a change in Haryana. Since Hooda holds the controls in the Congress selection, the Congress graph has increased. Selja is the director."

Voting for the 90-member Haryana assembly will be held on October 21 and the results will be announced on October 24.