Haryana had clamped down its borders with Delhi last month after State Health Minister Anil Vij said many who work in Delhi and stay in Haryana have become "corona-carriers". 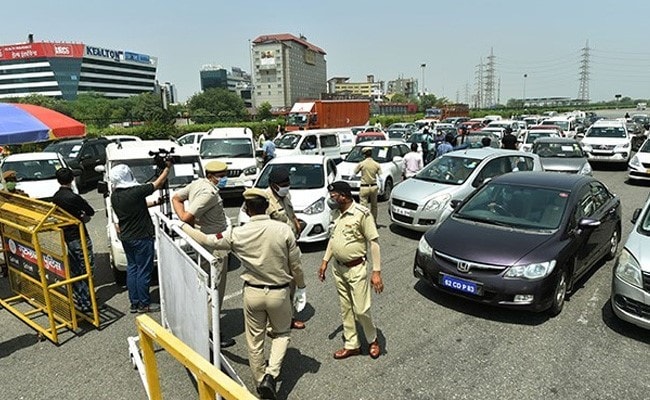 The Haryana government gave an undertaking to the High Court assuring it will comply.

People involved in essential services will be allowed to travel between Delhi and Haryana, the state government said on Thursday after the Delhi High Court asked it to remove special restrictions on its borders imposed during the nationwide COVID-19 lockdown.

The Haryana government gave an undertaking assuring that those essential service workers including doctors, nurses, officials of police, courts and municipal bodies, will be allowed between Delhi and Haryana on producing e-passes.

The Haryana government also told the High Court that movement of trucks carrying essential and non-essential goods between Delhi and Haryana as well as going through the neighbouring state shall be allowed.

The order came following a case that said the Haryana government was not even allowing people involved in essential services like doctors, nurses, paramedics, sanitation workers, Delhi Police staff and others to travel between the states.

Haryana had clamped down its borders with Delhi last month after State Health Minister Anil Vij said many who work in Delhi and stay in Haryana have become "corona-carriers". The move created problems for many who live in the Delhi's satellite cities of Gurgaon and Faridabad.

The Haryana government on Thursday said e-passes shall be issued to all the individuals involved in essential services within 30 minutes of receipt of the applications and each e-pass will be valid for the entire duration of the lockdown and could be used for multiple visits.

The court had earlier pulled up the Haryana government for not disclosing all the notifications putting restrictions on the movement of people, including doctors and nurses, to and from the national capital to various districts in Haryana during the lockdown.

The High Court had said it appeared that authorities of Haryana stopping individuals involved in essential services at the Delhi-Haryana borders violated orders issued by the central government to all states.