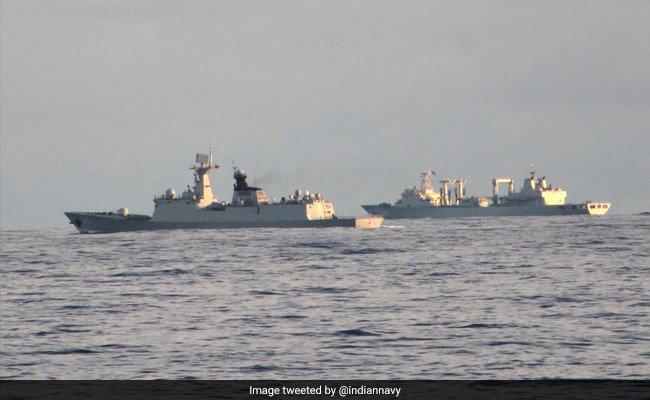 New Delhi: The Indian Navy on Tuesday tweeted a "warm welcome" to three Chinese warships in the Indian Ocean, tongue firmly in cheek. "Happy hunting", the navy said in two tweets that effectively asserted, with a dash of humour, its strong presence in the Indian Ocean and close tracking of Chinese vessels in the region.

The tweets were posted with photos of the Chinese anti-piracy vessels which, according to the website of China's PLA or People's Liberation Army, have 700 soldiers and two helicopters on board. An official said the posts were a message that China's moves are being watched.

The Navy also said its 50 ships were on constant vigil to keep its AOR (Area of Responsibility) safe. It tweeted a map to drive home the constant surveillance of Indian warships in the region.

The warships left the Chinese port of Zhoushan on April 4 for the Gulf of Aden to carry out anti-piracy missions off the Somali coast. They entered the Indian Ocean through the straits of Ombai Wetar in Indonesia. 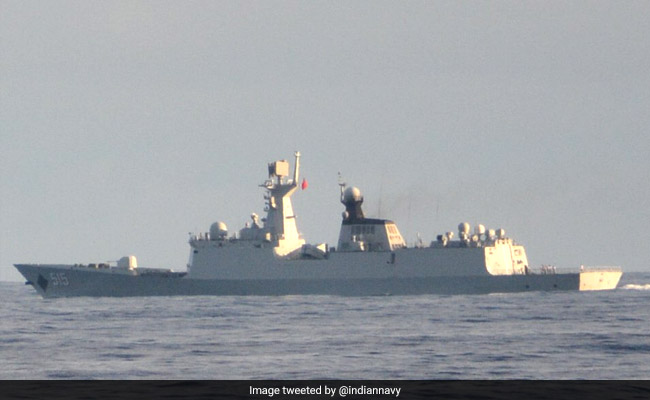 According to the navy, China has used anti-piracy patrols and freedom of navigation as the reasons for its increasing presence in the Indian Ocean.

Besides ships, the navy is amping up its surveillance using long-range maritime reconnaissance aircraft, the Boeing-made Poseidon 8I planes, which fly sorties, sometimes up to the South China Sea, almost every day.