Halloween 2019: Why The Festival Is Unable To Gain Popularity In India. Some Possible Reasons

Happy Halloween 2019: Indian Hindus, who make 80 per cent of the total population, observe Pitru Paksh or Shraddh, where prayers are offered to the departed souls. 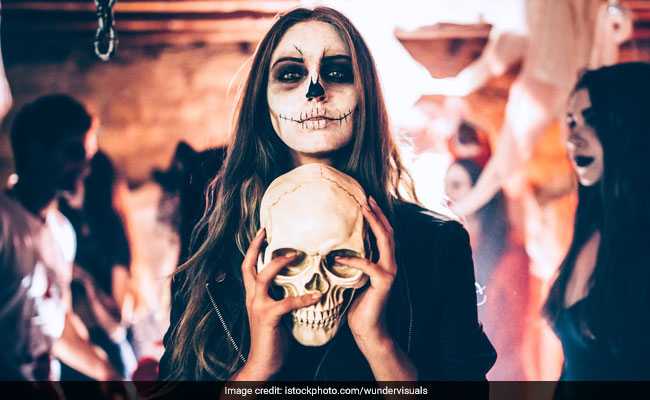 Halloween is themed around ghosts and is thus perceived to be a bad omen by many Indians.

Halloween, a day to remember the dead, is celebrated in parts of United Kingdom, Hong Kong, Tokyo, United States and Canada. It is known by different names like Hallows' Even, Hallows' Evening, also known as Allhalloween, All Hallows' Eve or All Saints' Eve. The festival, however, has not been able to make a place in the hearts of Indians, but is slowly catching up among the youngsters.

Halloween's origins date back to the ancient Celtic festival of Samhain. The Celts, who lived 2,000 years ago in the area that is now Ireland, the United Kingdom and northern France, celebrated their new year on November 1. Celts believed that on the night before the New Year, the boundary between the worlds of the living and the dead became blurred. On the night of October 31, they believed that the ghosts of the dead returned to Earth, so they started lighting bonfires and wearing costumes to ward off the ghosts.

Indian Hindus, who make 80 per cent of the total population of the country, observe Pitru Paksh or Shraddh, where prayers are offered to the departed souls. It is believed that certain rituals performed during shradh appease the souls of the ancestors and bring happiness and prosperity at home. This is one of the prime reasons why Halloween fails to catch up traction.

"Habituated to these patterns of merry-making, with the elders' consent, the Indians have not been able to completely adopt the dreary and spooky costumes which are trademarks of Halloween," he explained.

Over the years, religious observances got diminished and more recreational outlook was followed towards Halloween. Halloween in today's times has evolved into a day of activities like trick-or-treating, carving jack-o-lanterns and costume-themed parties.

"Most of us in India treat Halloween suspiciously, disapproving of both the costumes it entail and its dark theme. Due to this, its subsequent disconnect from the Indian audience, Halloween is not able to gain any momentum as a celebratory occasion," said a member of Arya Samaj.

"Halloween remains a whimsical excuse for a costume party with no solid grounds for gaining popularity as a festival to celebrate among the Indian audience," he said.

People in India have always lived in a religiously mixed community - around Hindus, Muslims, and Christians. However, since Halloween is themed around ghosts, it is perceived to be a bad omen by many Indians. Indians do not want to believe that there is a day when ghosts and spirits walk free with them and thus Halloween goes by without much cheer in the country.