Halloween day: Twitter too is abuzz with the festival fever with "Happy Halloween" being the top trend today. We have compiled some scary and funny tweets for you on Halloween Day. Happy Halloween! 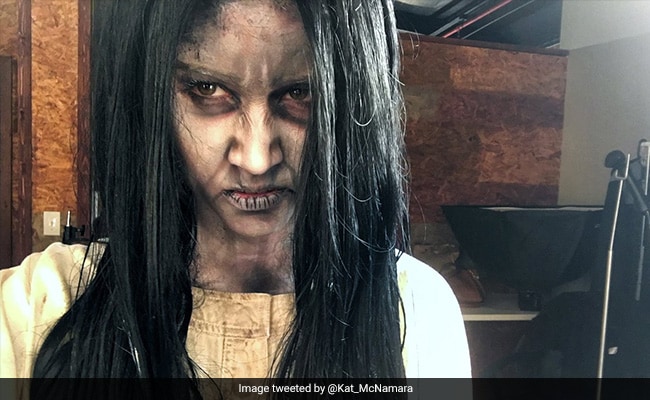 Happy Halloween: Halloween's origins date back to the ancient Celtic festival of Samhain.

It is Halloween Day today dedicated to remembering the dead. Over the years, the religious observances have reduced on Halloween and in its modern form, the day has evolved into a day of activities like trick-or-treating, carving jack-o-lanterns and costume-themed parties. People put their best foot forward by putting on spooky make-up and clothes for these parties. Twitter too is abuzz with the festival fever with "Happy Halloween" being the top trend today. We have compiled some scary and funny tweets for you on Halloween Day. Happy Halloween!

So instead, to lighten the mood, I'll wish you #HappyHalloween and show you my #halloweenfancydress I went as a half-dead office worker (obvs!) pic.twitter.com/sp8gcJfc8p

Me scaring my friends by calling instead of texting them

Who's ready to get weird?! #HappyHalloween ????????????
Look by @heidimakeupart using #LMXBeautypic.twitter.com/BYWemqbOAn

So I played with some spooky filters happy Halloween ???? #HappyHalloween#Halloweenpic.twitter.com/IPFk0eVbau

I can see through your bullshit better now. #HappyHalloween ???? pic.twitter.com/RNAOkTNnr9

Halloween has always been a holiday filled with mystery, magic and superstition. Its origins date back to the ancient Celtic festival of Samhain. The Celts, who lived 2,000 years ago in the area that is now Ireland, the United Kingdom and northern France, celebrated their new year on November 1. Celts believed that on the night before the New Year, the boundary between the worlds of the living and the dead became blurred. On the night of October 31, they believed that the ghosts of the dead returned to Earth, so they started lighting bonfires and wearing costumes to ward off the ghosts. That's how Halloween turned into a tradition and evolved into many modern forms.

Promoted
Listen to the latest songs, only on JioSaavn.com
Comments
halloween dayhalloweenhappy halloween