"I am certain that had Arun Jaitley been alive today, the kind of problems the farmers are facing, over which this agitation is being held -- he would have definitely found a solution for it," Sushil Kumar Modi said this morning. 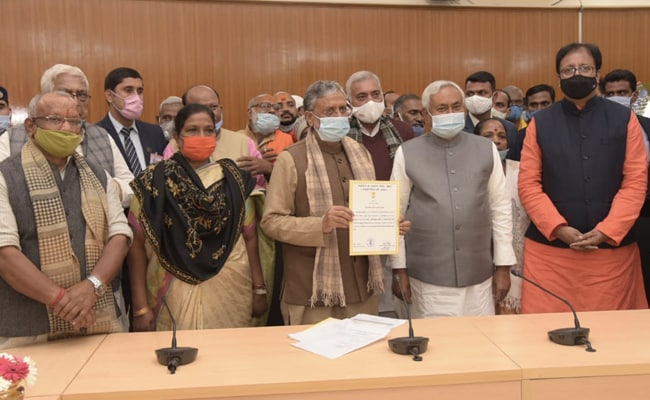 The BJP's Sushil Modi had an unusual tribute for the party's late leader and former Union minister Arun Jaitley on his birth anniversary. The farmers' protest would not have continued for so long had Arun Jaitley been alive, Sushil Modi said in what appeared to double up as criticism of his colleagues in the party.

The protest against the Centre's farm laws has been continuing at the borders of Delhi since November 26. Five rounds of talks with Union Agriculture Minister Narendra Tomar and one round with Union home Minister Amit Shah have not been able to convince farmers about the benefits of the laws, which they want scrapped.

The Supreme Court has now ordered that a committee be formed to look into the matter.

"I am certain that had Arun Jaitley been alive today, the kind of problems the farmers are facing, over which this agitation is being held -- he would have definitely found a solution for it," Mr Modi said this morning.

The tallest leader of the BJP in the state, Sushil Modi is set to receive a Central assignment, the BJP has said. Sources in the party said he would be made a minister in Prime Minister Narendra Modi's government.

Prime Minister Narendra Modi too, tweeted his tribute to the late leader.

"Remembering my friend, Arun Jaitley Ji on his birth anniversary. His warm personality, intellect, legal acumen and wit are missed by all those he closely interacted with. He worked tirelessly for India's progress," PM Modi's tweet read.

Arun Jaitley had died o August 25 last year at the age of 66. Home Minister Amit Shah, who said Arun Jaitley had guided him for years, will unveil his statute today at Delhi's Feroze Shah Kotla Stadium. Mr Jaitley was the former president of DDCA (Delhi and District Cricket Association).