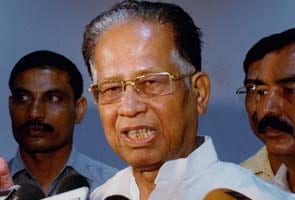 Admitting that there have been lapses on the part of police in dealing with the molestation case of a girl in Guwahati, Assam Chief Minister Tarun Gogoi has given them a deadline of 48 hours to arrest men involved in the incident.

The police have been directed to act since the youths responsible for the incident outside a bar at Christianbasti have been identified in the video filmed by a local television channel, the chief minister told a high-level meeting with senior officials at his residence last night.

Noting that there have been lapses on the part of the police, he said, "I have already sought an explanation as to why the others have not been arrested so far."

The police have so far arrested four persons while 12 others have been identified in connection with the incident in which a girl was stripped and molested outside a bar by a group of men.

Tarun Gogoi regretted that an impression was being created, particularly in the national media,  that he has not condemned the incident and adequate steps have not been taken to arrest those responsible.

"Let me make it clear that I have not only condemned it as very unfortunate incident on the very day the footage was telecast by the local channel, but I have directed the police to take immediate action," the chief minister said.

A one-member commission under Additional Chief Secretary Emily Choudhury has been constituted which will investigate and submit a report within 15 days.

Social Welfare Minister Akon Bora called on the victim at her residence today and assured her of security and justice.

"The girl is very traumatised following the incident and the constant media attention and as the social welfare minister it is my responsibility to help and assure her. I have assured her that the government will ensure proper security for her."

The victim thanked the police for saving her as bystanders did not come forward to help out of fear, but said a section of the electronic media, instead of saving her were busy shooting her trauma.

"I have been shamed. My life has been ruined. I hope such an incident does not happen to anybody else. I want justice," she said.

She told a TV channel that she contemplated suicide, but her sister and family have rallied behind her.

Posters and hoardings with the photographs of the culprits have been put up in different parts of the city by NGO Assam Public Works and the police.

Meanwhile, AGP's Mahila Morcha staged a protest against the incident before the party headquarters in Guwahati.