The Life, Sect And Empire Of Ram Rahim, Named In Multiple Cases

Because of his legions of followers -the Dera Sacha Sauda claims 50 million followers and has a matrix of popular centres across Punjab and Haryana towns and villages - Gurmeet Ram Rahim Singh is also considered politically important. 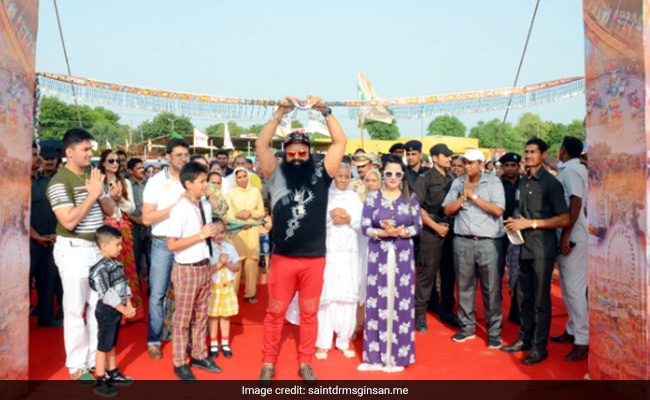 New Delhi: A music video - Love Charger - got self-declared spiritual leader Gurmeet Ram Rahim Singh international prime time. Last year, it was featured on The Tonight Show in the US, with host Jimmy Fallon mocking it as must-not-hear music.

Ram Rahim's sect, the Dera Sacha Sauda, claimed that the album was a mega-hit, selling nearly 20 lakh copies. The 50-year-old  "Guru of Bling"  has also displayed his artistic temperament in two feature films, starring in "Messenger of God"  (MSG) and  "Messenger of God 2", which he also co-wrote.

Ram Rahim, who has a whole lot of love for leather and rhinestones, often in the same outfit, said the movie had important social messages woven in with action.  For example, it had a song that campaigned against alcohol. 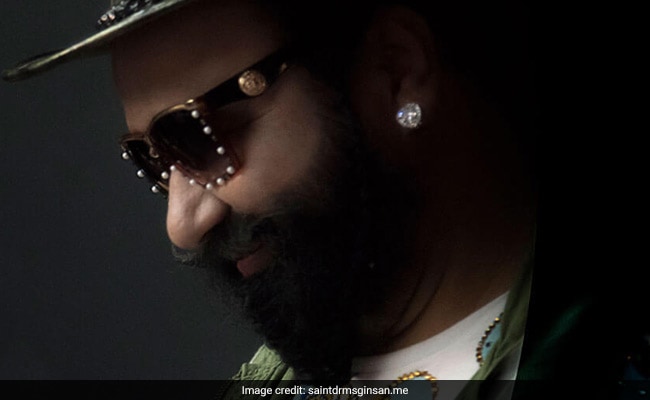 Gurmeet Ram Rahim Singh has a penchant for leather and rhinestones.

Because of his legions of followers -the sect claims 50 million followers and has a matrix of popular centres across Punjab and Haryana towns and villages - Ram Rahim is also considered politically important. After initially siding with the Congress, in 2014, he endorsed the BJP for both the general election and the Haryana state election. Cleanliness drives organized by his sect have featured political VVIPS, including Chief Minister ML Khattar. Earlier this year, he extended support to the BJP-Akali Dal government in Punjab, which was defeated in the election by Captain Amarinder Singh of the Congress.

As the result of his cavalcade being attacked with explosives in 2008, he has Z+ security cover - reserved for the top reaches of VVIPs -and travels in bulletproof cars. He was unharmed in the explosion but 11 people were injured and one car burst into flames. The attack was carried out by a terrorist from the Khalistan Liberation Force.

The Dera Sacha Sauda, which describes itself as a social welfare and spiritual organization,  was set up in 1948. Ram Rahim took over as its chief in 1990. He is married and has three daughters and a son. 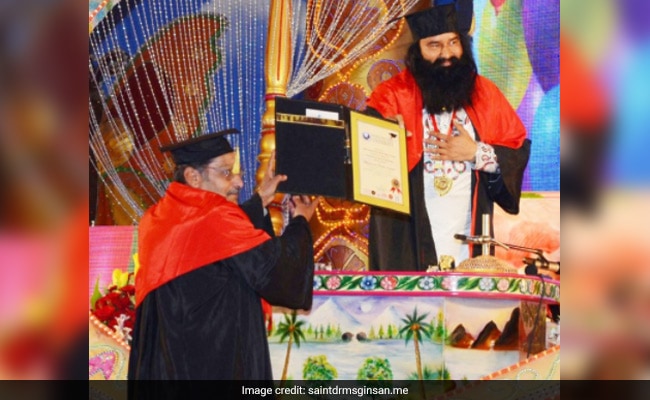 The sect claims to have 50 million followers around the world, draws large support among Dalits and backward castes, and regularly conducts mass camps to donate blood and plant trees as also meditation courses online. It has also funded and constructed hostels for young girls and hospitals and helped with the rehabilitation of sex workers.  The campus on the outskirts of Sirsa in Haryana encloses nearly 800 acres. Organic honey, noodles and more are sold under the 'MSG'' brand. In 2003, it set a Guinness World Record for the largest blood donation camp ever.

Promoted
Listen to the latest songs, only on JioSaavn.com
In 2002, he was accused of raping two women followers.  In 2015, he was accused of encouraging 400 followers to undergo castration at his ashram so they could get closer to god. He also stood trial for conspiracy over the murder of a journalist in 2002.

In 2007, he infuriated Sikhs by appearing to impersonate Guru Gobind Singh.  In violence that followed, he was attacked by a mob; his sect later issued an apology.