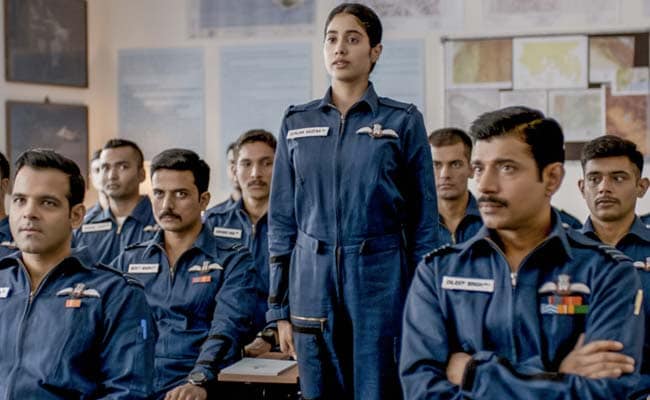 "Gunjan Saxena - The Kargil Girl", starring Janhvi Kapoor in the lead role, was released on August 12

The Delhi High Court on Wednesday refused to stay the streaming of Netflix movie " Gunjan Saxena - The Kargil Girl" after the centre claimed it depicted the Indian Air Force in a negative light.

The centre alleged the movie - a biopic on the life of India's first woman combat pilot - had dented the image of the Indian Air Force (IAF) because it showed the force as "gender-biased".

In response Justice Rajiv Shakdher of the Delhi High Court asked why, if the centre was concerned about the image of the IAF, it did not approach the court before the movie was released. Justice Shakdher further said an injunction could not be granted at this stage as the film was already available online.

The court has, however, sought a response from Dharma Productions Private Limited (the film's producers) and Netflix on the centre's concerns.

The court also said former Flight Lieutenant Gunjan Saxena should also be made a party to the suit and issued a notice to her, seeking her response as well.

The matter has been listed for further hearing on September 18. The court has asked the IAF to be removed from the list of parties concerned, saying the government could take this forward on its own.

In today's hearing Additional Solicitor General Sanjay Jain (ASG) argued the movie was never shown to a preview committee that had been set up in accordance with the Ministry of Defence's 2013 guidelines.

"In the Air Force we give highest regard to women. We have been made a subject of ridicule even for countries with whom we are not having friendly relations. IAF's image has been dented," Mr Jain argued. 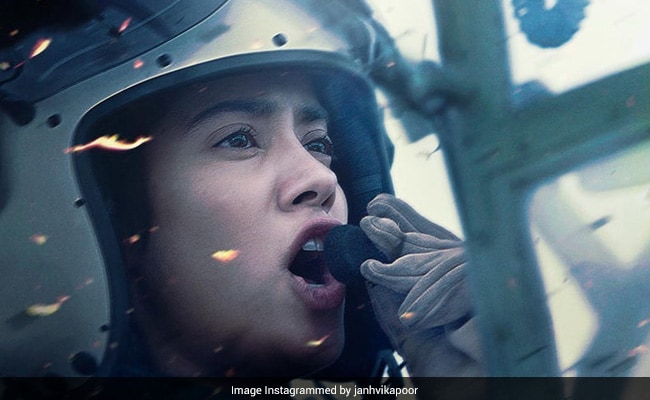 A still from "Gunjan Saxena - The Kargil Girl"

However, senior advocate Harish Salve, appearing for the producers, said the centre's plea lacked particulars and falsely extrapolated from a few scenes.

"There is no organisation which does not have gender issues. Anything said in criticism is not slander. Haven't we seen it (gender bias) in our profession? You can't pick four scenes and say slander," he said.

Senior advocate Neeraj Kishan Kaul, representing Netflix, told the court the script had been shared with the IAF in 2018 and the film shown in February.

Last month the Delhi High Court also disposed of a PIL (public interest litigation) seeking direction to modify (or delete) dialogues and scenes that portrayed the IAF in a negative light.

Filed by an NGO called Justice For Rights Foundation, the PIL claimed that some scenes and dialogues were factually incorrect and misleading, and sought to glorify the character of Gunjan Saxena.

The PIL further said that several male officers had been projected as misogynists.

Also last month Gunjan Saxena wrote a blog for NDTV, in which she said: "Let me inform readers, with utmost conviction and honesty, that even though cinematic liberties were exercised in my biopic... what they did not miss or exaggerate was me, the real Gunjan Saxena".

Ms Saxena also defended the IAF, saying that as an organization it was "not into institutional discrimination, be it on gender or anything".

However, she also pointed out that an individual's reaction and experiences were different to that of an organisation, and that she did face "prejudice and discrimination at the hands of a few individuals for being a woman".

"To deny it completely speaks of a feudal mind-set and undermines the grit of women officers," she wrote.

Gunjan Saxena - The Kargil Girl", starring Janhvi Kapoor in the lead role, was released on OTT platform Netflix on August 12.