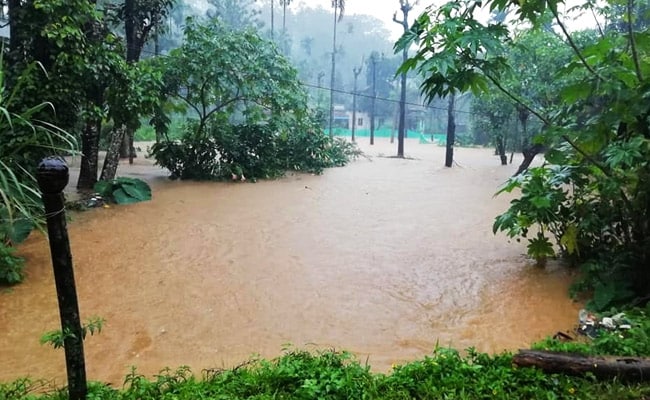 Heavy rain in the catchment area around the Sathyamangalam Tiger Reserve, on Thursday and Friday, led to the rise of the water level at the Gunderipallam Dam in Tamil Nadu. The water level, at 42 feet, has reached the top. Officials of the Public Works Department said, the dangerous level of the dam forced them to discharge the surplus water of 9,700 cusecs into the canal, which flows into Bhavani River.

By noon, the discharge of the dam water decreased to below 1,000 cusecs and a flood alert has been sounded in Kongarpalayam panchayat area on the either side of the canal. The officials alerted people living on the banks of the Bhavani river too.

and isolated to scattered rain/thundershower over rest parts of south Peninsular India during next 5 days. Isolated heavy rainfall is also likely over Tamilnadu, Puducherry & Karaikal on 7 & 8 May; over Kerala & Mahe on 7 May and over South Interior Karnataka on 11 May, 2021.

According to the India Meteorological Department, under the influence of the north-south trough over south Peninsula India, light to moderate rainfall and thundershowers are very likely over Kerala,  Mahe, Lakshadweep and coastal and south Karnataka during the next 5 days.