Gulbarg Case: Sentencing Of Convicts Due On June 17 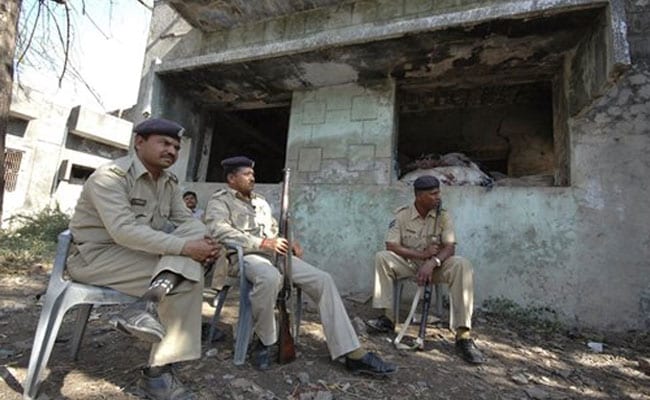 The Gulbarg Society case is one of the nine cases of the 2002 Gujarat riots probed by the Supreme Court-appointed Special Investigation Team.

Ahmedabad: A special court today said that it will pronounce the quantum of sentence on Friday for the 24 convicts of the Gulbarg Society massacre in which 69 people, including former Congress MP Ehsan Jafri, were killed.

The court said that the quantum of sentence will be declared on June 17, after the prosecution submitted a list of jail terms spent by all 24 convicts, as asked by the court.

Earlier, the court had on June 2 convicted 11 persons for murder and other offences, while 13 others, including VHP leader Atul Vaidya, were charged with lesser offences. It had also acquitted 36 others in the case.

During the arguments, special public prosecutor and counsel for Supreme Court-appointed Special Investigation Team (SIT), R C Kodekar, had asked the court for nothing less than death sentence or jail term till death for all 24 convicts.

He said all 24 convicts were found guilty of offence under section 149 of the IPC, and therefore required to be treated at par when the sentence is pronounced.

Section 149 states that "every person who, at the time of the committing of that offence, is a member of the same assembly, is guilty of that offence".

"The manner of crime was cruel, barbaric and inhuman. Victims' bodies were roasted alive, in the crime for which there was no provocation, much less in case of women and children who were defenceless," Mr Kodekar had told the court.

However, lawyer of the accused, Abhay Bhardwaj, refuted the demand for capital punishment or maximum punishment in his arguments, saying that the incident was spontaneous and there were enough provocations for it.

The Gulbarg Society massacre in Ahmedabad on took place February 28, 2002, when a mob of nearly 400 people set about attacking the society in the heart of Ahmedabad and killed the residents, including former MP Ehsan Jafri.

It was one of the nine cases of the 2002 Gujarat riots probed by the Supreme Court-appointed SIT.