The accused Suman, who lives with her husband Rahul Parmar in Bhagvatipara area of Rajkot, suspected that Rahul was having an extra-marital affair with the girl 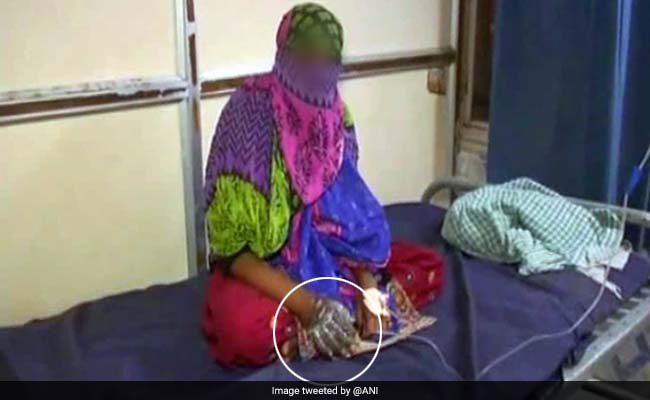 The girl had accused the woman's husband of molesting her.

Rajkot: A 17-year-old girl's hand was forcibly dipped in hot oil to prove that she was not having an affair with her neighbour. The girl suffered serious burns and was was admitted to the civil hospital in Gujarat's Rajkot.

The accused Suman, who lives with her husband Rahul Parmar in Bhagvatipara area of Rajkot, suspected that Rahul was having an extra-marital affair with the girl. However, the girl accused Rahul of molesting her. The couple are in their 30s and the girl lives in the same neighbourhood.

On Tuesday, an infuriated Suman asked Rahul and the girl to dip their hands in hot oil to prove their innocence. When the girl refused to do so, Suman forced the girl's hand in hot oil kept in a wok. After Suman was done with the girl, she went after her husband who too received burn injuries.

The girl was rushed to a hospital by her parents where the doctors were shocked to see her scalded hand.

Later, the girl's parents filed a complaint against the couple.

Promoted
Listen to the latest songs, only on JioSaavn.com
"We have registered their complaint and are questioning the couple. Further investigations are on," said sub-inspector MM Zala, Rajkot.