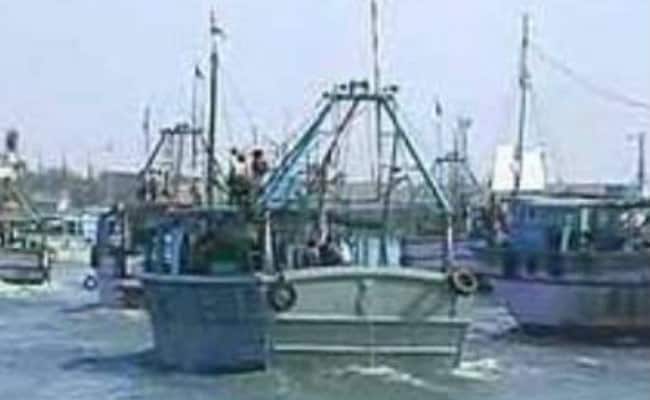 A high-level committee would be formed to study the risk potential of oil spill. (Representational Image)

Ahmedabad: In view of the possibility of oil spill in the sea near Gujarat coast due to heavy traffic of ships, the State Forest and Environment department has decided to prepare a risk mitigation and response plan to save the fragile eco-system and underwater habitat of marine species.

According to officials, a high-level committee would be formed to study the risk potential of oil spill, which can be a major ecological disaster for sea-life, and come up with a comprehensive plan suggesting ways to avoid such disasters.

"Our aim is to save the marine life and their habitat. If oil gets spilled in the sea near our coast, it will spell doom for marine life. Thus, we have decided to chalk out a plan to stop such accidents from happening as well as to prepare a contingency plan if in case such a oil spill takes place," said Additional Principal Chief Conservator of Forest (Wildlife) S C Pant.

More than 5000 ships loaded with various material, including crude oil, arrive at various ports in Gujarat every year.

A recent resolution passed by Forest Department has alarmed that heavy movement of ships carrying petroleum products pose a risk of oil spill, which would adversely affect marine ecology and species such as mangroves, corals, Whale Shark, Dugongs, Dolphins,etc.

As per the official website of Forest department, over 90 per cent of mangroves of Gujarat are found in the Gulf of Kutch, mainly on the coast of Kutch and Jamnagar.

It further states that mangroves function as a stabiliser of sediment on shoreline and protect coast from storm and salty wind. They are important nursery grounds for fish, prawn and variety of marine creatures.

In addition, mangrove forests in the Gulf of Kutch are important nesting areas for resident water birds as thousands of nests were counted in the Gulf during summer.

The Marine National Park and Sanctuary off Jamnagar coast is also situated in the busy sea-route in the Gulf of Kutch, which has a great diversity of habitat.

Its coral reefs and mangroves and the series of 42 islands form a fragile eco-system, which supports a plethora of marine life and biodiversity, which include sponges, jellyfish, sea horse, octopus, oyster, pearl-oyster, starfish, lobster, dolphin, dugong, waterfowls, etc.

To save this unique eco-system from the oil spill, the Forest Department has decided to form a high-level committee which would suggest ways to handle the situation in worst case scenario of oil spill as well as steps to be taken to avoid such accidents in the sea.

To come up with a mitigation and response plan, this committee would engage in collection of various data and study other such plans floated by Centre, other state governments or other countries.

The committee would engage in studying the risk potential of oil spill and prepare a mitigation and response plan in case of oil spill near the coastline, stated the resolution.

"If needed, the committee members would also hire services of international experts or visit other countries to understand how the oil spill can leave adverse impact on ecology and also to learn the ways to deal with the situation," said an official.