Vansda is the 182 Legislative Assembly constituency of Gujarat. It is reserved for candidates belonging to the Scheduled Tribes. 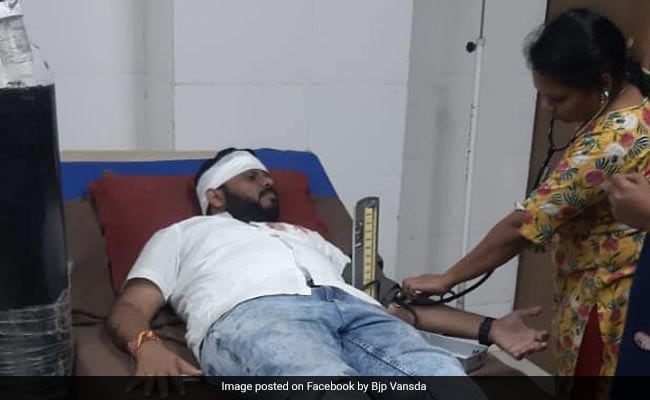 Piyush Patel sustained injuries on his head and was admitted to the hospital with injuries.

Bharatiya Janta Party (BJP) candidate from Vansda, Piyush Patel was allegedly attacked by unknown people late on Wednesday, ahead of voting that got underway on Thursday for the first phase of Gujarat elections.

Piyush Patel the BJP candidate from Vansda alleged that he was travelling from Pratapnagar to Vandervela village with his supporters and was attacked. The attackers, he alleged, threw stones and attempted to vandalise his car.

Mr Patel sustained injuries on his head and was admitted to the hospital with injuries.

A case has been registered at the Vansda police station, according to SK Rai Deputy Superintendent of Police, Navsari.

A probe into the matter is underway, police said.

The BJP has accused supporters of Congress candidate Anant Patel of staging the attack.

Vansda is the 182 Legislative Assembly constituency of Gujarat. It is reserved for candidates belonging to the Scheduled Tribes.

The high-octane political battle during campaigning in the Gujarat Assembly elections has boiled down to a battle of ballots underway in the first phase of polling today.

The ruling BJP is exuding confidence in retaining the 27-year-long rule in the state, while the Congress and Aam Aadmi Party are looking to cash in on 'anti-incumbency' and issues like inflation and unemployment to get to power.

A total of 39 political parties are contesting in the elections and have fielded 788 candidates including 718 male candidates and 70 women candidates.