The Independent MLA said that the scam in a village came to light after some villagers went to seek work under the Mahatma Gandhi National Rural Employment Guarantee Scheme, but were told that their names were already registered under the scheme. 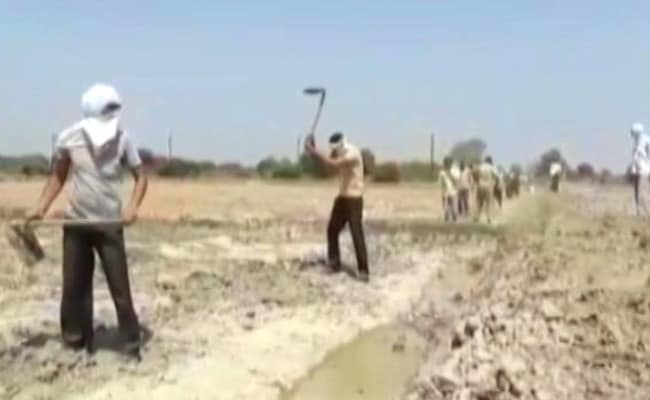 Some officials swindled over Rs 9 crore by showing villagers as beneficiaries, he said (Representational)

Gujarat MLA Jignesh Mevani has alleged that a multi-crore scam has surfaced in a village in Banaskantha district of the state, in which bank accounts were opened in the name of around 500 villagers without their knowledge for the transfer of money under the MNREGA scheme, in order to siphon off the funds.

The Independent MLA said that the scam in Balundra village in Amirgadh tehsil came to light after some villagers, who were financially hit due to COVID-19, went to seek work under the Mahatma Gandhi National Rural Employment Guarantee Scheme (MNREGS), but were told that their names were already registered under the scheme.

Mr Mevani alleged that similar scams were taking place in many other villages of Gujarat, including in his constituency Vadgam in Banaskantha district, wherein money was being siphoned off by others although villagers were shown as its beneficiaries.

"Around 500 people never went for MNERGS daily wage jobs in Balundra village. However, they were shown as working. Their job cards were made and bank accounts were opened in their names. Bank passbooks and ATM cards were obtained and money was siphoned off," he said.

"This scam in Balundra has been going on for the last eight to nine years. Some government officials and others swindled over Rs 9 crore to 10 crore by showing villagers as the beneficiaries," he said.

The modus operandi of the fraudsters was that the villagers would be asked to give their signature or thumb impressions saying that they would get the benefit of different government schemes. They would then open the bank accounts in the villagers' names, Mr Mevani alleged.

"The scamsters would then carry out the work allotted under the MNREGS using JCB machines, which would cost a fraction of what needed to be paid to the villagers for their labour," he said.

Stating that he has got the documentary evidence to prove his allegations, Mr Mevani said that he would soon register a complaint with the police in this connection.

"When the villagers went to seek work under the MNREGS but were told that their names already existed as the beneficiaries, they complained about it to authorities. After that their names as workers were deleted from the website. However, it still shows the past records and the payments made in their names," he said.