"Santhara" in Jainism is a means of destroying rebirth-influencing karma by withdrawing all physical and mental activities. During this practice, voluntary fasting until death is observed. 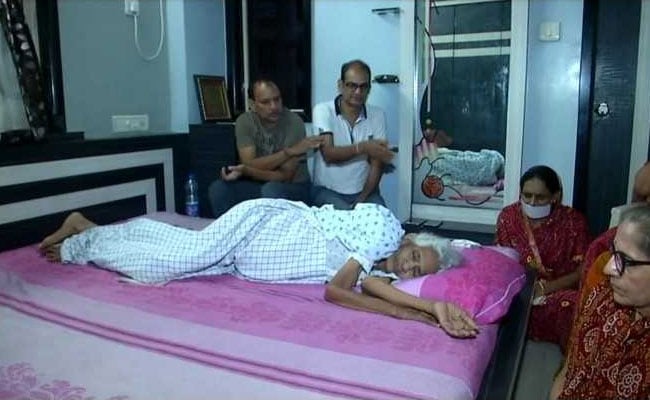 Kanchan Devi Baid from Gujarat is observing "Santhara" and has stopped drinking or eating.

Kanchan Devi Baid, an 82-year-old Jain woman, has decided to embrace death by opting for ''Santhara'', a practice of voluntary fasting in which a person stops the intake of food and water. This practice is called "a festival of death" by the members of the Jain community.

Her granddaughter Nivedita Navlakkha said, "Santhara is part of our culture and is not new for us. I have heard that elders in our family have earlier observed this."

"Seeing this in front of our eyes is not easy, but we are happy as she will attain "moksha" (salvation)," she added.

She explained that "Santhara" in Jainism is a means of destroying rebirth-influencing karma by withdrawing all physical and mental activities.

"When death is near, we embrace it by letting our soul leave our body. This is happening for generations and we have followed this practice as taught to us by our elders," Ms Baid's son Puspraj Sankhla said.

"We want to live a life following beliefs and practices of Jainism. In our religion, we believe in "tapasya". We only drink water during this  period. The biggest "tapasya" for us is "Santhara". When a person feels that no medicine is working to heal her/him from a disease and death is near, we give up food too and observe "Santhara"," he added.

People are gathering at their home and praying for the peace of her soul.